Andre Ward: Yarde Was 2-3 Punches Away From Stopping Kovalev

Sergey Kovalev came through a difficult eighth round to stop Anthony Yarde and retain his WBO light-heavyweight belt in Chelyabinsk.

Kovalev reclaimed his title from Eleider Alvarez in January, having been knocked out by the same man in an initial meeting last year, to set up a return to Russia for the first time since 2016.

For a short time on Saturday, though, the home favourite staggered towards the brink of losing his belt again, despite dominating Yarde for much of the contest. 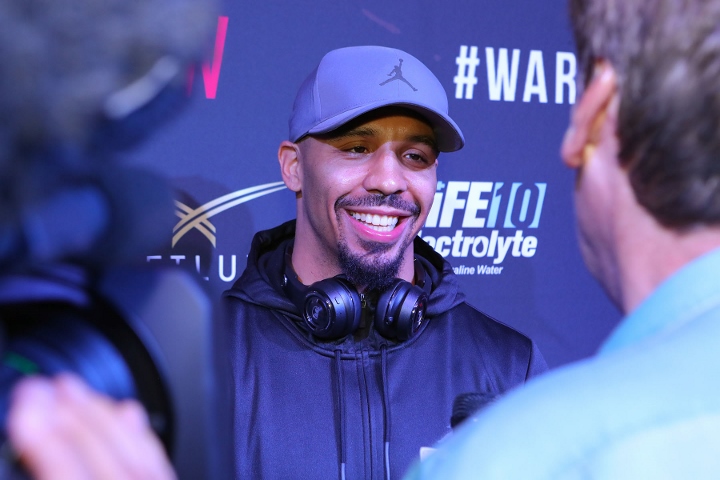 Kovalev found his rhythm after a cagey start and repeatedly tested Yarde's chin with his left, seeing little come back his way from the Briton.

But after showing signs of a response in both the fifth and seventh, Yarde traded punches in the eighth before suddenly having Kovalev in clear trouble.

By the bell, the 36-year-old champion looked spent. He had done well to come through the onslaught but was warned by trainer Buddy McGirt to improve in a hurry or else he would be pulled out by his corner.

Kovalev responded to the ultimatum by going on the attack. A tiring Yarde did well to get through the 10th under heavy punishment but was knocked down in the next by a stiff jab, leading to the bout being stopped.

"[Yarde] was seconds away from winning it with those body shots in the eighth," Yarde's promoter Frank Warren told BT Sport. "Every time, he was hurting [Kovalev] and he was all over the place at one stage."

Ward, who holds two wins over Kovalev, believes Yarde was on the verge of victory before his stamina failed him.

"Anthony Yarde was 2-3 punches away from stopping Kovalev. Yarde can fight, just needs to make adjustments with his camp. Respect to him. Kovalev proved he’s still got something left, but he needs to grab that Canelo [money]. At this point every fight will be hard for him," Ward stated.

[QUOTE=Lomasexual;20011700]Kovalev was vulnerable to being punched in the balls. That's not exactly surprising. What was surprising was that Kovalev outboxed Ward in their first match, when people only gave him a puncher's chance.[/QUOTE] re: Ward vs Kov 2. Wasn't balls.…

That was the literal definition of punching yourself out. He had nothing left after that 8th round barrage didn't work out.

[QUOTE=Weebler I;20011616]Should've punched him in the balls like you Andre, he woulda got it done.[/QUOTE] They were in Russia.

[QUOTE=Bruce Neeka;20012186]If I understood correctly commentators, Yarde didn't do any sparrings in camp. Sounds very strange if true. No prev experience above 7 rounds, no sparrings - how one can prepare for 12 rnds against champion? How test/improve your stamina…

Yards has to much catching up To do .. and unless he changes his trainer he'll rely on what he has left against cans , win them and be fed to one of the real fighters in the division and…