Ward, who handed Kovalev two of the three defeats on his record, was very impressed with Russian boxer's last ring outing.

Last year, Kovalev's career was in tatters after he was knocked out by Eleider Alvarez. But earlier this year he bounced back, when he dominated Alvarez over twelve rounds to win a dominant unanimous decision in their rematch. 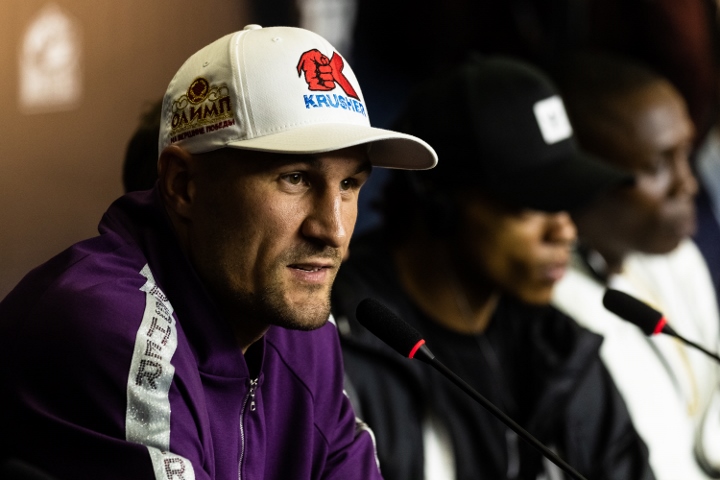 Yarde is a big puncher, stopping 17 of his 18 opponents - but he's never face anyone even close to the level of Kovalev.

And that's going to be the downfall of Yarde, according to Ward.

"I liked what I saw in Kovalev's last fight, and I saw the confidence from Yarde and his coach, but they can feel the way they feel, I've been hearing that stuff my whole career," he told BT Sport.

"The Kovalev fight is going to be harder than they realise; at the highest level it doesn't matter how well you do mitt work, or how big your muscles are, you have to show that you can fight, that you can take it and dish it to, that you've got the conditioning and the IQ.

"Your coaches have got show they can perform under pressure too; there will be a lot of pressure in Russia. I'm the guy who shows a crack in the door for a person to show up and be great, but I'm not a fan of a guy facing C-level guys and making a name of himself then jumping to an A-minus guy

"I'm a fan of working your way up slowly and at the right time making the step up. I'm not sure he’s fought the necessary guys to prepare him for Sergey Kovalev and I think Kovalev is going to stop him late."

[QUOTE=Eff Pandas;20004892]Is this a concern. I was listening to some call in podcast & some cats were bringing this up like its nearly a fact Kovalev has been f#cking off this training. Anyone here anything or is that just wishful…

[QUOTE=hmc87;20004246]Ya if Yarde hits Kovalev dirty - like Ward did - square on the beltline...wtf. Cant be Russian without Vodka and cant have Vodka without s[I]hi[/I]t body conditioning [IMG]https://i.imgur.com/h2vj9Z5.gif[/IMG] Here was the dirtiest moment though. This single punch - and…

[QUOTE=kafkod;20004862]Nope. It was the barrage of punches that Ward landed [B][I]below the belt[/I][/B] about a minute later that ended the fight.[/QUOTE] If your opponent is bent over like hes getting slammed by Abel Sanchez in the [I]a[/I]ss then sure it's…

[QUOTE=mlac;20004550]Yeah but whats that got to do with what i said?[/QUOTE] Well your saying Wards opinion isnt worth noting because he beat Kovalev. But in fact, Ward is talking complete sense in this case. Its just a huge step up…

If you're Kovalev, you're like great Dre, you just gave my opponent bulletin board material :lol1: :lol1: