Eddie Hearn, promoter of Demetrius Andrade, was advised on Thursday that his boxer's upcoming bout with Walter Kautondokwa is now set for the vacant WBO world middleweight title - after initially being announced for the interim-title.

Andrade was scheduled to face WBO champion Billy Joe Saunders, who lost the title after being refused a licence to fight next Saturday. 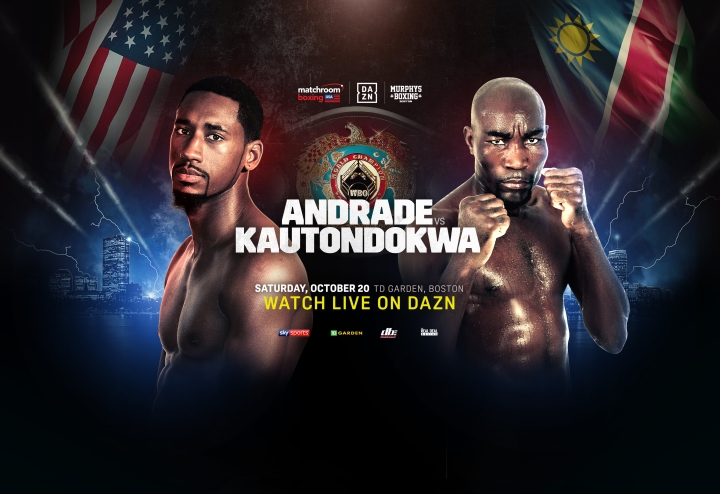 Saunders returned an adverse analytical finding in a random drug tests carried out by the Voluntary Anti-Doping Association in August.

Saunders said he is "a clean fighter to the bone" after it was confirmed he had not breached anti-doping regulations - at least under WADA and UKAD - who both allow the substance in question to be used in out of competition scenarios.

But the substance he tested positive for, oxilofrine, is prohibited under the fight's testing agency, VADA.

There was a hearing held earlier this week, and the Massachusetts State Athletic Commission denied Saunders a licence - because he signed a contract to follow the testing rules of VADA.

WBO president Valcarcel said: "It is unfortunate that a boxer as talented as Saunders is facing this controversy and will not be able to defend the title.

"The WBO will examine the situation with due diligence and proceed according to its rules and regulations decide which is the proper course of action."

The fight between Andrade and Kautondokwa will be streamed by DAZN.

[QUOTE=Abovetheclouds;19186700]No, it's a fact. Melonhead_Jeff would be more appropriate.[/QUOTE] Get your head out of the clouds, fool. The fact is that Saunders voluntarily relinquished his WBO title to avoid a WBO investigation which would probably have uncovered even more damning…

[QUOTE=Lemonhead_Jeff;19185209]That's just the WBO saying it nicely. Do you think the WBO said "Pardon us, Billy Joe, but would you please consider vacating our title, please?"[/QUOTE] No, it's a fact. Melonhead_Jeff would be more appropriate.

I am attending this card and I really hope this dude Kautondonkwa turns out to be the next Azumah Nelson. Ya never know. Maybe i'm being optimistic but............. only time will tell!

[QUOTE=Andre_parker1;19184817]so they're just gonna let andrade get an easy pass to the title..I don't care what Saunders took,andrade ain't the champ till he beats the champ,let's go billy Ho[/QUOTE] Saunders ain’t “the champ” either. That distinction would go to one…