Ancajas is Confident Training Adjustments Were Key in Big Win

“Funai has a champion’s heart. He took my best punches. I have nothing but respect for him," Ancajas said.

“This was the best training camp I had in a very long time. We changed some things in training and we hired a nutritionist, which helped me make the weight a lot easier. That showed in the ring tonight. I felt great at 115 pounds, and I will be able to make that weight for a long time.” 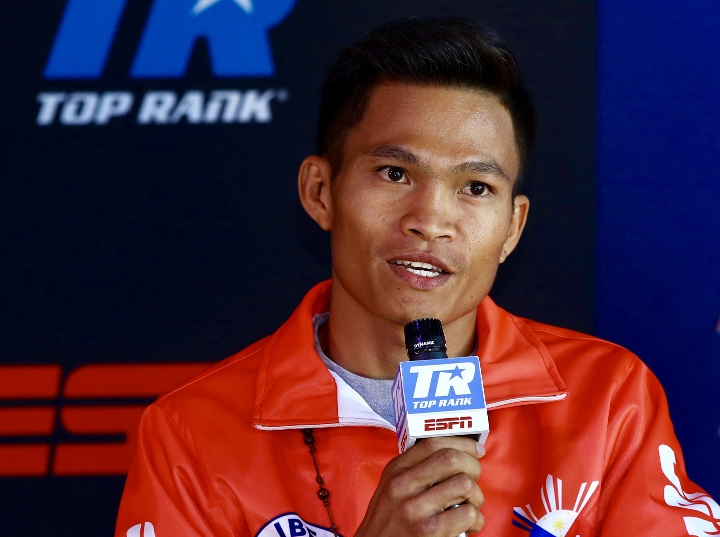 Ancajas got the jab working early and carved up Funai (31-8, 22 KOs) with an assortment of power punches.  By the fourth round, Funai’s face was bruised and cut, and Ancajas continued to apply the pressure.

As the seventh round was set to begin, the ringside physician stopped the fight, and Ancajas secured his first stoppage win in three fights.

Flores Jr. (13-0, 6 KOs) dominated the first two rounds, and in the third, added the exclamation point.

“It felt amazing. This is where I was born and raised. This is what I worked for. “A lot of people came out {tonight}. I am Stockton’s king," Flores said. “I dedicate this fight to my mother. I know she is looking down on me and is so proud.”

Albuquerque-born welterweight prospect Brian Mendoza (17-0, 12 KOs) impressed in his Top Rank debut, knocking out Carlos Rodriguez (12-8-1, 5 KOs) with a single left hook in the second round.