Amir Khan’s ‘Red Sea Fight Night’ showdown against Billy Dib in Jeddah, Saudi Arabia, on Friday 12th July will have a host of celebrities from the world of sport and entertainment attending the big night.

Following confirmation of British Heavyweight great Lennox Lewis and UFC's legendary Chuck Liddell and current phenomenon Israel Adesanya, American rap stars Rick Ross and Tyga will not only be at ringside to watch the action, but will also perform in the King Abdullah Sports City stadium.

Two-Time world champions Khan and Dib headline the fight card when they collide for the vacant WBC International welterweight championship that also features the heavyweight clash between Hughie Fury and former world champion Samuel Peter, televised exclusively LIVE in the UK on free-to-air Channel 5 and the undercard of 5Spike. 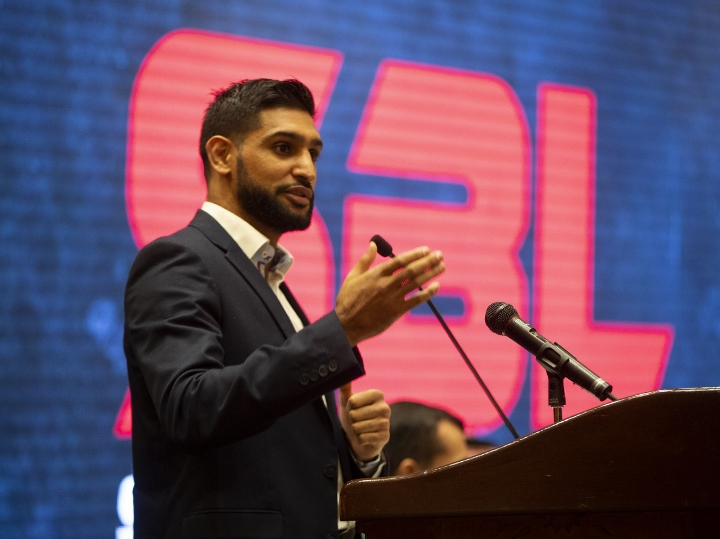 Known as ‘The Biggest Boss’ Rick Ross is one of hip-hops most respected and revered MCs and was voted MTVs “Hottest MC” of 2011 with a multitude of highly acclaimed hit albums and singles.  The Maimi Monster mogul is also a highly successful record label CEO and business entrepreneur.

More champions and celebrities will be at ringside for the big fight and will be announced shortly.

[QUOTE=SHO_RULEZ;19882189]So the lyrics of rap are acceptable, in Saudi Arabia?![/QUOTE] They will only perform the hallal exctracts of their song of course.

Is this **** going to be televised? PPV? Who's losing money on this LOL!

LOL, the fights are so underwhelming, they're having to generate extra press and entertainment just to get people to tune in. Both Khan and Dib are past their primes, though I'd love Dib to go back to his Naseem Haamed…

So the lyrics of rap are acceptable, in Saudi Arabia?!