Amir Khan Open To The Idea of a Marcos Maidana Rematch

Former world champion Marcos Maidana is still planning to return to boxing in 2020.

The boxer had planned to be active last month, in an exhibition fight, but the event was pushed back due to the coronavirus pandemic.

During the recent convention for the World Boxing Association (WBA), held via several online video conference, Maidana said he was interested in a rematch with old rival, Amir Khan. 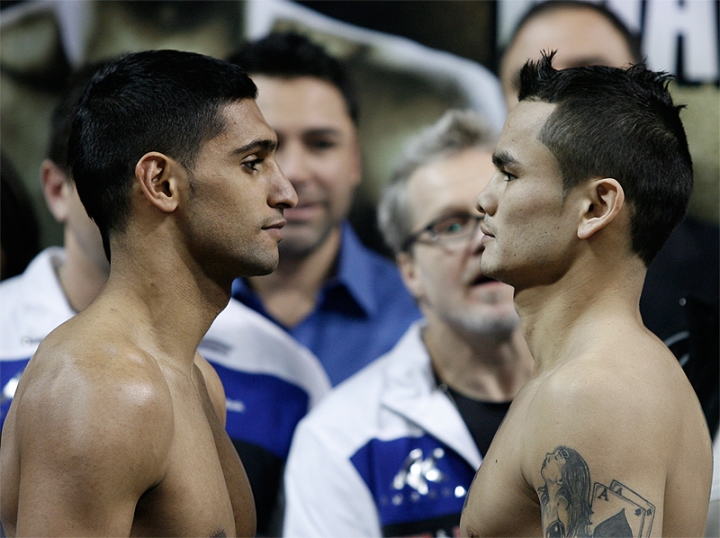 Their contest took place in 2010, which saw Khan drop Maidana in the first round - but the British star came close to getting stopped in the later rounds when Maidana had him in serious trouble. After twelve rounds were over, Khan won a very close unanimous decision.

Maidana walked away from boxing in late 2014, which is when he had his last fight with a decision loss in his rematch with Floyd Mayweather.

"What do you think about giving me a rematch? It would be a good fight," Maidana said during the convention.

Khan has been inactive since July of last year, when he blew away Billy Dib.

The Bolton boxer wants to return to the ring by the end of the year.

Khan was open to exploring the rematch possibility - if his corner retained the services of strength and conditioning coach Alex Ariza.

"You were one of my toughest opponents and, in addition to everything that happened in that fight, I respect you very much. Of course, I would give you a rematch with one condition: that Alex Ariza be with me," Khan replied.

During his career, Khan has worked often with Ariza - but Maidana has been working with Ariza as well in recent years. Last year, Ariza was preparing Maidana for a planned comeback that never came off.

Maidana is better than Khan at 147.

maidana is a respectable 36, over the hill, probably, by a long way, probably and 6 yrs gone, i dont hold out much hope of a big impressions when he fights, imo he needs a fight v somebody to show…

[QUOTE=LoadedWraps;20648157][COLOR="Green"] As TMT ( the Maidana team) we shouldn't support this ****. Khan was never the A side and he doesn't deserve this payday now. Maidana should say he knows he is the better fighter and had the better career…

[QUOTE=Oregonian;20648478][QUOTE=£-4-£;20648188]I disagree that Maidana has had a better career than Khan. Losing 7-5 & 8-4 to Floyd in entertaining fights, getting shutout by Alexander but beating the brakes off Broner, losing close fights to Khan and Kotelnik, and winning WBA…