Amir Khan: I Don't Want To Call it a Day While We're Going Through This

Bolton star Amir Khan is not looking to retire any time soon - at least not during the coronavirus pandemic.

Khan has been away from the ring since July of 2019, when he suffered a TKO defeat at the hands of WBO welterweight champion Terence Crawford at Madison Square Garden in New York City.

Khan had planned to fight three times in 2020, but the coronavirus pandemic put a real dent in that scenario. 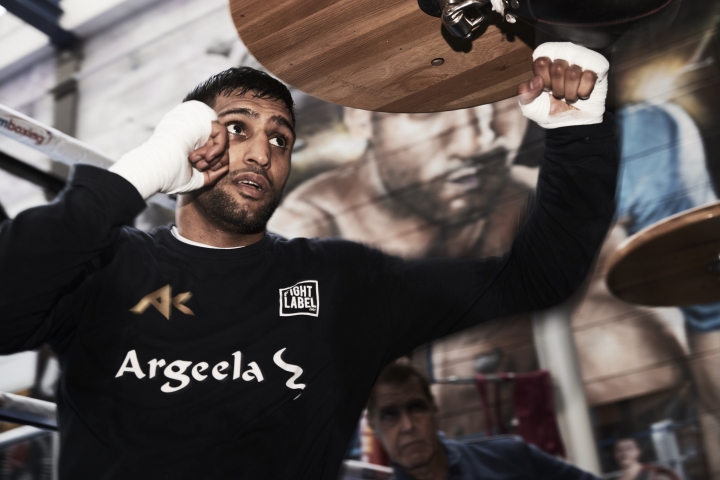 Boxing is being targeted to return to the UK in the month of July.

During phase one, fans will not be allowed to attend the events.

A closed door setting is not something that interests Khan. The former world champion would rather wait it out until the public is allowed to be ringside.

"Fighting in empty arenas when it's just you, your opponent and the referee just won't have the same feel," Khan told Mirror Fighting.

"An empty arena is not going to lift me up to fight, I will have to wait until they're full again. I'm always keeping myself busy, training here and there so I don't think it will be a problem as long as I tick over. I've been there so many times on my own in sparring and you don't get the same feeling; what gets me in the mood for it is my fans.

"How are the fighters going to get motivated? I couldn't do it but maybe other people can. For the younger fighters who are up-and-coming it might be better and they can have two or three fights like that and before they know it they'll be fighting for a title at the real MSG - from one garden to another; but I can't see the bigger guys doing it. It would be nice to put a big fight on after this ends and have one or two more fights. I don't want to call it a day while we're going through this."

[QUOTE=Get em up;20574339]I'm sensing a slight amount of anger towards the Con man LMAO I totally agree with your point though[B] his irrelevance in boxing[/B] is driving him towards insanity[/QUOTE] his relevance in boxing even at his worst, he was…

Is Amir Khan the boxer that married a sex-doll? [IMG]https://lh3.googleusercontent.com/proxy/tJucDKGIZA3AaIdr835MfuWdd-u3_j9QHGWjbazt59QNzlSSTmDpSWHDv50nW0sZVR5tQYST9VNi7FHNKd98yFicK1JxE-_7tOCdXyRmBpZ5qDfG0t2fdJyroUPf8He8f9EKBcgMng[/IMG]