Amir Khan: Hearn is Pissed Off, But I Control My Own Destiny

Former world champion Amir Khan is not bothered that his own promoter, Eddie Hearn, is angered by the Bolton boxer's decision to bypass a domestic blockbuster with Kell Brook.

Hearn, who promotes Brook as well, has been pursuing that fight for years and thought he was very close to a deal.

But then Khan, who inked a three fight deal with Hearn in early 2018, signed on for a world title clash with WBO welterweight king Terence Crawford. 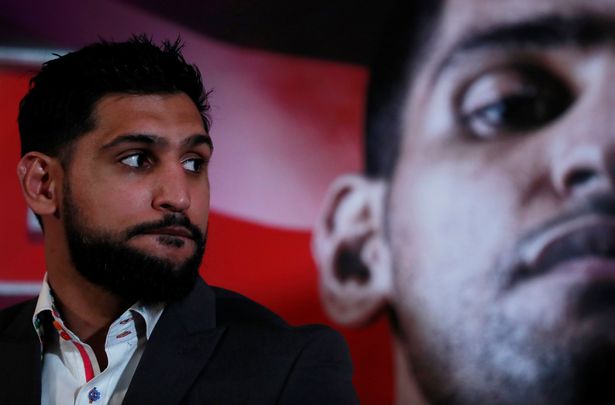 Hearn's goal in signing Khan was to finalize a bout with Brook.

There is only one fight left on the deal, but Khan is open to the idea of working with Hearn in the future.

The contest between Khan and Crawford takes place on April 20th, at a venue to be determined, and on ESPN Pay-Per-View.

"Eddie is p***** off that I’m not fighting Brook. I’ll admit that this was one of the hardest decisions of my career. The fight with Kell was very close to being made. In the end, the opportunity to cement my legacy by boxing for a third world title against a man rated among the best pound-for-pound fighters in the world was too good to turn down," Khan said to Daily Mail.

The deal for Crawford was a guaranteed $5 million, with a pay-per-view upside.

Hearn has stated in several interviews that his offer for the bout with Brook was for more money.

According to Khan, the offer for Brook was more - but not by much.

"It was a bit more money but no, not much more," Khan said.

"I'm not saying I won't do more fights with Eddie. He's been good to me so why not? But fortunately I'm not one of the many fighters who have to do what their promoters tell them. I control my own destiny."

[QUOTE=Marvlus Marv;19443631]The Canelo fight was similar is the Garcia fight. The legend is in some circles is that he was "schooling" Danny for a couple of rounds, and so on. I thought he did okay, won the first two rounds…

[QUOTE=JLC;19440045]Man, am I the only one who thought Khan was doing an excellent job against Canelo before he got knocked out? Granted, I thought he stood no chance in that fight like you did, and granted, we were both right.…

At least Khan is challenging himself The only thing that I don’t like... if the expected outcome happens (Crawford beats Khan easily), there will be a disgusting amount of headlines about Khan chasing Brook again, a fight which no one…

[QUOTE=ArturoBalboa;19438173]It’s ludicrous isn’t it. I think all fighters, maybe apart from Audley Harrison, aren’t actually scared of the physicality of boxing or the pain of the punches, more of the damage to their pride after losing, especially a fight they’re…

[QUOTE=Marvlus Marv;19437813]He's got no chance. Like he had no chance vs Canelo. It's a bogus pursuit of a legacy - like me challenging Usain Bolt for the title of fastest man on Earth. It's completely unrealistic. Used to root for…