I received an email recently from a reader who asked whether a fighter's amateur record should be considered in evaluating whether the fighter was great.

It's a good question.

There are no guarantees. Jamarcus Russell, Tim Couch, and Ki-Jana Carter were overall #1 picks in the NFL draft, and each had a mediocre pro career. The big question prior to the 1998 NFL draft was whether Peyton Manning or Ryan Leaf would be the overall #1 selection. The Indianapolis Colts (whose scouts preferred Leaf but were overruled by the coaching staff) chose Manning. Leaf (who was selected by the San Diego Chargers with the #2 overall pick) was one of the most notorious "draft busts" of all time.

Cuba has a storied amateur boxing system that has produced more Olympic gold medal winners since Fidel Castro's rise to power in 1959 than any other country. Some of these gold-medal winners later turned pro. But none were "great" in the professional ranks.

Why not? People point to a range of factors. But the most important factor is that the demands of professional boxing are different from the demands placed on fighters in the amateur ranks.

Teofilo Stevenson might have been the most devastating amateur fighter ever. But he fought three round fights against young men who weren't well schooled in avoiding his big right hand. Most of his opponents lacked bigtime power. Many had suspect chins.

Stevenson was a great amateur boxer. But he was competing against amateurs, not pros. We never learned if he had the physical skills and mental strength to succeed in the professional ranks.

Mark Breland was hailed in the 1980s as possibly the greatest amateur boxer of all time. He compiled a 110-1 record with 73 knockouts (the sole loss came on a 3-2 split decision) and won a gold medal at the 1984 Olympics. But he fell short of greatness as a pro. 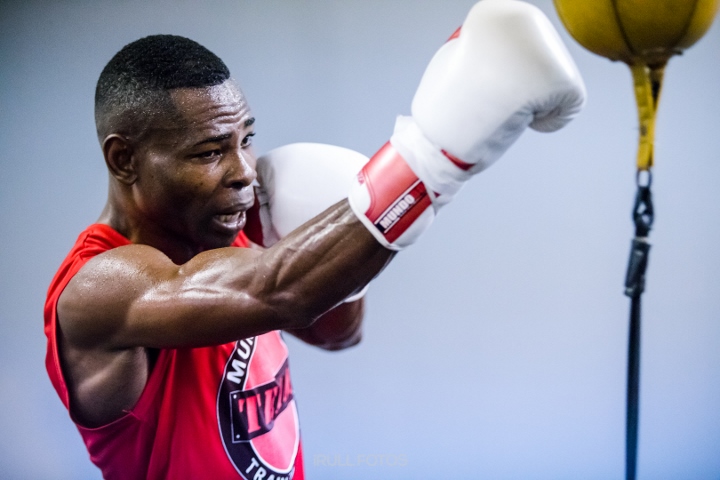 Howard Davis had a great amateur career with 125 wins against 5 losses. He won a gold medal at the 1976 Olympics and was chosen over Teofilo Stevenson, Ray Leonard, and the Spinks brothers as recipient of the Val Barker Trophy awarded to the outstanding boxer at the Montreal games. He also won a world amateur championship and two National AAU titles, defeating Thomas Hearns in the finals for his second AAU crown. But he failed in three world championship challenges as a pro.

Some great fighters have won National Golden Gloves, National AAU, and USA Boxing national championships. Ray Leonard, Evander Holyfield, Thomas Hearns, Roy Jones, Floyd Mayweather Jr, Michael Spinks, and Mike Tyson, and are among them. But it's no sure predictor of success.

Fighters restart when they turn pro

Sugar Ray Robinson is credited with an amateur record of 85 wins, 0 losses, and 69 knockouts. But his first pro fight was a four-round bout against Joe Echevarria - a fighter with a 4-17 pro record who would go winless in the last twenty fights of his career after facing Robinson.

Why did Robinson start his pro career that way? Because pro boxing is different from amateur boxing. There's a learning process that has to be assimilated. That involves fighting opponents who can punch harder and take a better punch than most amateurs; implementing new moves that a fighter has been taught in the gym; and learning to handle the pressure of fighting six, eight, ten, and twelve rounds.

Also, to be great, a fighter has to evolve physically and develop "man strength."

Look at the learning process that Cassius Clay went through after he turned pro.

There are no guarantees that amateur accomplishments will be matched in the pros.

Andre Ward (the last Olympic gold-medalist in boxing from the United States) won his medal as a light-heavyweight at the 2004 Athens Olympics and had a great pro career. The three Olympic light-heavyweight gold medalists since Ward have been Zhang Xiaoping, Egor Mekhontsev, and Julio Cesar La Cruz.

Some of the great Cuban fighters were young when they won their first Olympic gold medal. Teofilo Stevenson and Guillermo Rigondeaux were twenty. Joel Casamayor was 21. We don't know how good they would have become as pros had they been put into a well-organized pro system at that time.

Vasyl Lomachenko won gold medals at the 2008 and 2012 Olympics. He turned pro in 2013 and went in tough from the start. Lomachenko lost a split decision to Orlando Salido in his second pro bout, defeated Gary Russell Jr in his third, and is at or near the top of most pound-for-pound lists today. But Vasyl's claim to greatness rests not so much on his amateur credentials as on the fact that he fought and beat world class opponents from the start of his pro career.

Do the electors consider a baseball player's minor league career when filling out their Hall of Fame ballots? Should a basketball player's accomplishments in high school count in evaluating greatness?

Greatness is a measure of what a fighter becomes in the professional ranks, not what he did as an amateur.

A fighter's amateur career is a building block for what he might be someday. But a fighter is measured by what he accomplishes as a pro.

In evaluating whether a fighter was great, the most important factor to be considered is who he beat. Muhammad Ali is heralded as a great fighter because he beat Sonny Liston, Joe Frazier, and George Foreman; not because he beat Zbigniew Pietrzykowski, Tony Madigan, and Gennady Shatkov at the 1960 Olympics.

Even a fighter's early professional bouts can be discounted in weighing greatness. Bernard Hopkins lost his first pro fight to Clinton Mitchell, who was also making his pro debut. Benny Leonard was knocked out in his pro debut by a 1-1 fighter named Mickey Finnegan. Henry Armstrong lost four of his first five professional outings.

If a fighter is a great pro, a stellar amateur career might give him a bit more cachet in evaluating his greatness. But then he wouldn't need it. How many people know or care that Joe Louis won the National AAU light-heavyweight championship in 1934?

[QUOTE=aboutfkntime;20643317]nope, it's a different game plenty of great amateurs were not top professionals, so there is no relation[/QUOTE]not accurate. There's a correlation and a big one I might say. More often than that good or great amateurs that goes professionals,…

[QUOTE=ShoulderRoll;20643619]He gave his reasoning for that. The three men at the pinnacle all won 3 gold medals. Lomachenko only won 2.[/QUOTE] Loma is regarded as having the best amateur record of all time. If the author decides to omit Loma…

[QUOTE=BoxingIsGreat;20643287]Not in Loma's case. It's the highlight of his overall boxing career, if you know your boxing and have followed him over the years. Loma was an amateur great but a good pro boxer, not great.[/QUOTE] The good thing about…

[QUOTE=GhostofDempsey;20644287]Wilder is in no way greater than Breland. Wilder is an overrated goony-bird. Took him 39 fights to finally step up. Got worked over in his last two outings. [/QUOTE] Mark Breland got whooped and KO by Marlon Starling in…