The poetic prose “float like a butterfly, sting like a bee” personified and perpetuated the myth of Muhammad Ali.

The phrase was uttered when Ali was then known as Cassius Clay and was a brash 22-year-old underdog on the cusp of beating Sonny Liston.

Ali was trained by head coach Angelo Dundee throughout his career, and in the background, assistant trainer Drew Bundini Brown served as both an instrumental cornerman and hype man.

Many of the rhythmic soliloquies Ali dished out with bravado was Brown’s brainchild, a figure in the sport who never boxed, not even as an amateur. Yet, he leveraged his skills and lyricism to work alongside Sugar Ray Robinson for seven years before latching onto Ali. 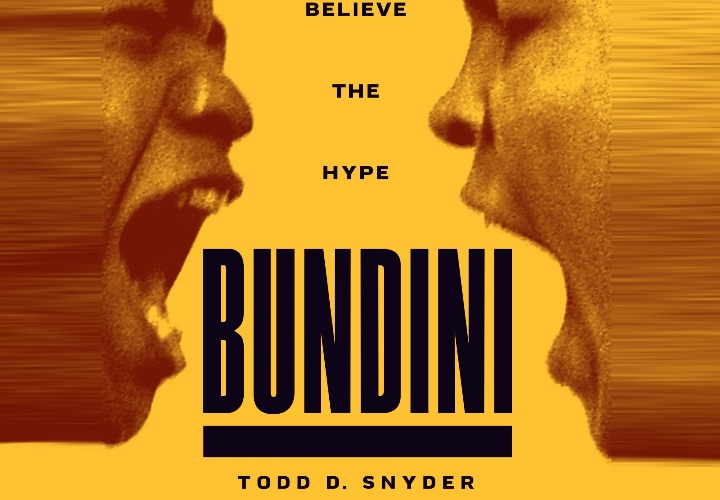 To further shine light on one of the key figures who shaped Ali, boxing book purveyor Hamilcar Publications is releasing “Bundini: Don't Believe The Hype” in August. The book is authored by Todd D. Snyder and will be available wherever books are sold. It will be complemented with a 20-minute film produced by Patrick Green. The multi-platform story is commissioned by publishers Kyle Sarofeen and Andy Komack, the principals of Hannibal Boxing Media.

Snyder spent 14 months working on the book, working closely with Drew Brown III, Bundini’s son, as well as other living members of the Brown family documenting the entire span of Bundini’s life, including his childhood in Florida, his time in the Navy and Merchant Marines, his biracial marriage as well as his days as a nightclub owner, all the way to his years working alongside Robinson and Ali.

“Boxing and hip-hop are the two loves of my life. Bundini, in some aspects, has a place in both worlds,” Snyder told BoxingScene.com in an interview. “For any writer, however, Bundini is a dream subject. You couldn’t make up a character like him if you tried. He was a true original. He lived an amazing American life. It was tragic, beautiful, complex and contradictory.”

Outside of boxing, Bundini worked with iconic filmmakers such as Gordon Parks and Stephen Spielberg. He appeared in a SuperMan comic book. His name is mentioned in a Waylon Jennings country song, and he was friends with literary greats such as James Baldwin and George Plimpton, all of which Snyder dives into with the book.

“I’d always been intrigued by Bundini and thought he deserved more recognition. Todd was born to write the book,” Sarofeen told BoxingScene.com in an interview.

“From the beginning, we’ve been clear about our need to publish crossover titles,” said Sarofeen. “At this point, we more or less own the boxing book niche, but it’s just that — a niche. To make money as a publisher, the kind of money we want to make, we need to target a broad audience. Bundini was a great fit because it’s much more than a book about boxing.”

To further broaden its reach, Komack reached out to Green, a filmmaker who created a short documentary on Edwin Valero, the subject of the Hamilcar book “Berserk: The Shocking Life and Death of Edwin Valero.”

Green has previously made “For Your Consideration,” a film on Harvey Weinstein. He said Bundini and his “street poet” philosophy had a made-for-movie life, and that was a precursor to sports psychology or Kobe Bryant’s Mamba Mentality.

“Bundini has always been the man behind ‘the man’ so I wanted the audience to see and hear him as much as possible,” Green told BoxingScene.com in an interview. “Bundini was a Zelig-character who would insert himself into major points of the 21st Century. The Ali part is just one part of it. But for me, this is a story about mentorship. It’s about finding people in your life that motivate you to be the best version of yourself.”

For the doc, Green and his editor Alvin Reyes went on a chase of playing “Where’s Bundini?” throughout time, trying to find the trainer among the Ali entourage, or to hear his voice yelling ringside during a fight.

“We’ve already made inroads into Hollywood to option our books for TV and film, and that is one of our primary goals in publishing ground-breaking original material,” Komack told BoxingScene.com in an interview.

Green said that much to Hamilcar’s credit, they view the Bundini documentary as its own piece of art.

“They let me do my thing and the story took its own course as all the good ones do,” said Green. “What we ended up with is a visual companion piece to the biography. It touches on a lot of the major elements in Bundini’s life that are explored more deeply in Todd’s book. If you like the documentary you will love the book and vice-versa.”

How much responsibility does Brown bear for having Ali fighting far longer than he should have? Or is this issue even addressed?

As Bruce Lee would have it, it’s the man and the myth. I can’t wait to get a copy; he was the man I believe brought out the best in the greatest. Almost like Jesus, you still need those disciples…