The final card of 2019 for Roy Jones Jr. Promotions will be headlined by a crossroads bout between heavyweights.

Alexander Flores will square off against Mario Heredia tonight at the Casino Del Sol in Tucson, Arizona. The 10-round bout will stream live on UFC Fight Pass (10 p.m. ET/ 7 p.m. PT).

Flores (17-2-1, 15 knockouts), who resides in the Los Angeles suburb of Rowland Heights, has not fought since losing by knockout to heavyweight contender Joseph Parker on Dec. 15 in Christchurch, New Zealand.

The 29-year-old was unbeaten in four bouts prior to the loss to Parker. 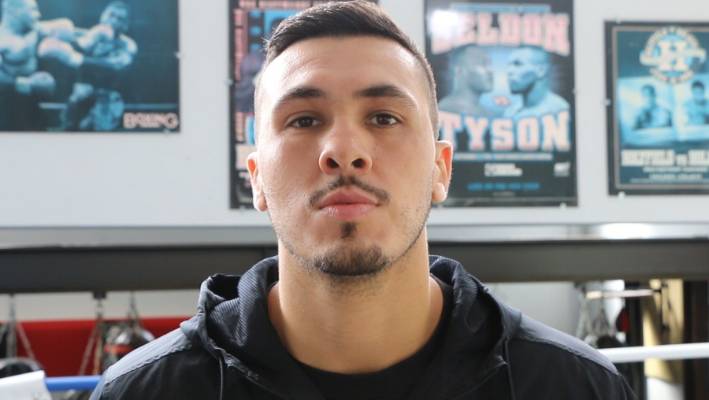 In the co-feature, undefeated welterweight Santiago Dominguez will face Uzbekistan’s Ravshan Hudaynazarov in an eight-round bout.

Dominguez (19-0, 15 KOs), who is originally from Ciudad Obregon, Mexico and now resides in Fort Worth, Texas, knocked out Fabian Lyimo in the second round of his last bout on Aug. 24 in Alpine, California.

The 28-year-old has displayed more aggression and power over the last couple of years, having stopped nine of his last 10 opponents.

“Santiago Dominguez is quickly becoming one of the most recognizable young prospects to come out of Mexico,” Guy Taylor, matchmaker for Roy Jones Jr. Promotions told Boxingscene Tuesday. “He has movie-star looks. Mix all that with aggression and relentless style and that is the recipe for success. Santiago will take on his toughest test to date when he faces Ravshan.”

Hudaynazarov (17-2, 13 KOs) lost to John Vera by unanimous decision in his last bout on Aug. 2. The Las Vegas resident has lost his last two bouts.

The two fights make up a solid four-bout stream on UFC Fight Pass.

“Our last show of the year in the U.S. might just be our best card yet,” Taylor told Boxingscene. “Each bout is so evenly-matched that you wouldn’t be able to pick a winner by just looking at the bout sheet.”

“Aggressive matchmaking is what we will always continue to do here at RJJ Boxing and UFC Fight Pass. We want our fight fans leaving entertained.”

Rounding out the stream: