Fuss sells. Pre-hyped fuss sells in doubles. That was probably the main outcome of a highly hyped and hugely promoted encounter between two Russian celebrities and novice boxers, which collided in front of the packed VTB arena in Moscow, Russia. The banner four-rounder was well organized and was aired live by the REN TV channel.

One was Mikhail Koklyaev, a local powerlifting and strongman celebrity with next-to-zero boxing background, who, at 40, decided to fire some verbal jabs against his opponent.

The other one was actually a fighter. Alexander Emelianenko, the troubled younger brother of the MMA icon Fedor Emelianenko. The younger Emelianenko who was involved in numerous scandals back in Russia and has even done some jail time. Hes himself a solid MMA fighter and a one-time professional boxer (fought to a draw with strong amateur Khizir Pliev ten years ago).

The fight itself was very short-lived. Koklyaev actually tried to press Emelianenko to the ropes, and Alexander even allowed some slaps at his face and played possum a couple of times. When it got boring he checked his opponent's chin with a couple of light hooks, which had Koklyaev in deep trouble, then let him go, and then - with 13 seconds remaining in the first - connected with a left hook (his first solid punch of the fight), which instantly placed Koklyaev on canvas. After a very slo-o-o-o-w count by referee Andrey Kurnyavka, the latter got up but even so (after arguably 20 seconds) was too groggy to be allowed to continue. 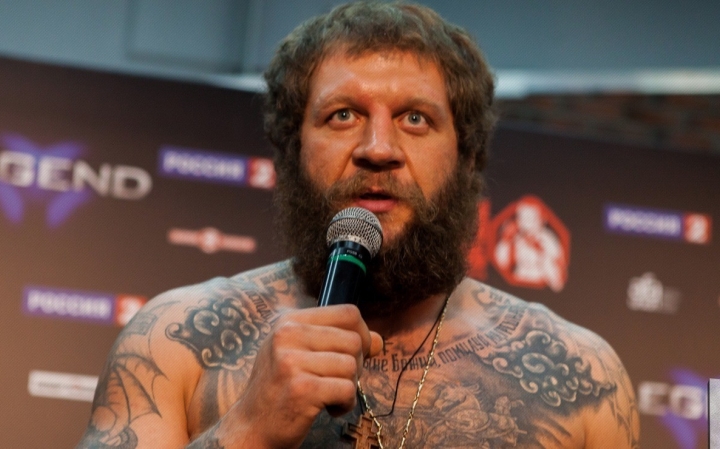 In what was actually the best fight of the night - sadly not aired live by the REN TV - Russian light welterweight champion Georgy Chelokhsaev lifted himself up after an early knockdown and walked through hell against rugged local Korean He Su Khan (6-5-1, 1 KO) for a close unanimous decision over ten rounds. Chelokhsaev is now 17-1-1, 12 KOs.

The co-feature saw Edgar Gukasyan (7-2, 3 KOs), who also helped Koklyaev in preparations, overcoming limited yet tough Tanzanian Kulwa Bashiri (11-4-1, 4 KOs) over ten rounds of sometimes methodical and some sometimes energetic encounter. Scores were announced as identical 120-110, which should probably correspond to 100-90.

Wow. That fight made Logan Paul vs. KSI (whatever his name is) look like a skilled professional fight. Emelianenko looked ok for a guy who was mostly a MMA fighter but that other guy was straight trash.