Alex Saucedo and Sonny Fredrickson made weight Monday two months after they initially were supposed to step on the Nevada State Athletic Commission’s scale.

The contract weight for the Saucedo-Fredrickson fight is 141 pounds. 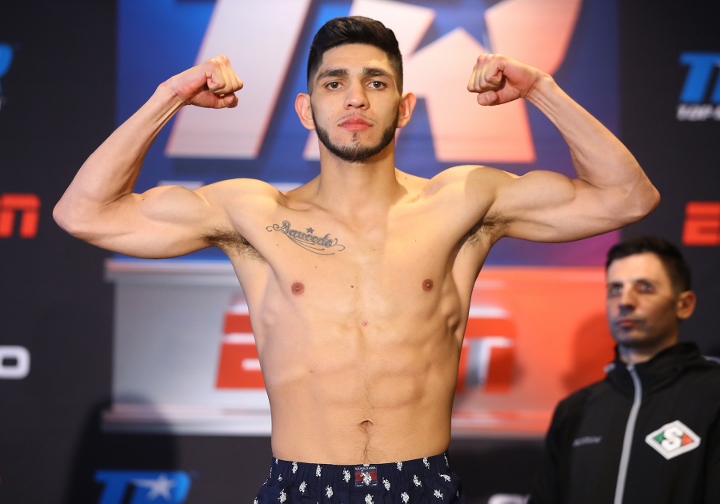 Saucedo (29-1, 19 KOs), of Oklahoma City, Oklahoma, and Fredrickson (21-2, 14 KOs), of Toledo, Ohio, first were scheduled to fight April 25 at Mandalay Bay Events Center in Las Vegas. That card, which was to feature bantamweight champions Naoya Inoue and Johnriel Casimero in the main event, was canceled due to the COVID-19 pandemic.

ESPN’s broadcast also will include an eight-round junior welterweight bout between John Bauza (13-0, 5 KOs), of North Bergen, New Jersey, and Ireland’s Larry Fryers (11-2, 4 KOs). Bauza weighed in at 139¼ pounds, slightly more than Fryers, who was 138¾ pounds.

Two fights were removed Monday from what was planned as a six-fight card Tuesday night.

Saucedo has no defense, not bad defence, no defence. He eats leather, walks though blizzards of punches. If Sonny comes with some skill, it'll be a hard night for Alex.