Alen Babic: Filip Hrgovic is a Fake, He Bet Against Me, I Want Him! 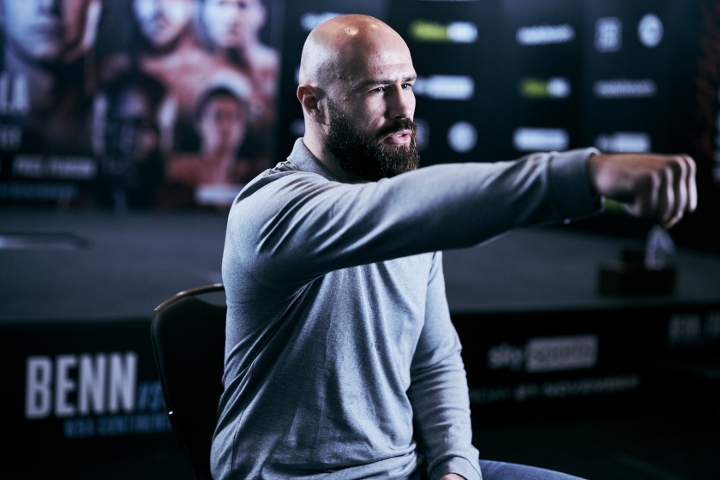 Babic came charging out in the second round, swinging in spiteful shots as Little roared his defiance, but the Hatfield man's resistance was broken in the third.

Little wilted to the canvas after a ferocious cluster of punches, and Babic sensed the end was near, unloading another powerful barrage that dropped his opponent by the ropes, prompting the referee to wave it off.

"Nobody can go three rounds with me. I had fuel in my tank for twenty like that. Filip Hrgovic bet against me, I'm so glad he lost money on me. He is my fellow Croat, we live like 2km away from each other. He bet against me. That just shows he doesn't know sh-- about boxing. He doesn't know the history of boxing. He's just a technical guy, a very good technical guy. As soon as the fans come back, I want him.

"I'm going to take Tom back to my Savage Army because he's a good guy. He's a good fighter but he's not even close to my level. He's two stone heavier than me. and I want you to write that down. I box every day. I don't do anything out of the ring. My training is old school, boxing, sparring and pads. Just that. I didn't do a single push up or pull up.

"I'm not faking anything. Hrgovic is a fake. I'm real and I want to fight. I like fist fights. I think it was a beautiful fight. I want to give people entertainment. That's who I am and I'm always going to be like that. Unless somebody tests me I'm going to keep knocking them out. Give me a strong puncher, a knockout artist. You're going to see the sweet science. I can do it. I can punch and I have stamina. I have a strong head, you can't beat that with muscles."

[QUOTE=deathofaclown;20905983]They should make that fight actually. Or maybe Kash Ali or something. I heard Babic is fighting Nick Webb next. That will be another steamroll job because Nick Webb it’s not durable or any good.[/QUOTE] Webb is a true sizeable…

[QUOTE=mlac;20903131]Id pick Sokolowski to beat Babic tbh.[/QUOTE] They should make that fight actually. Or maybe Kash Ali or something. I heard Babic is fighting Nick Webb next. That will be another steamroll job because Nick Webb it’s not durable or…

Babic is small and has no jab. wardley is bigger, better technique, the jab. You don`t have to be a genious to find out who is better.

[QUOTE=JakeTheBoxer;20903904]Price and Chisora also looked great when they fought that level competition.[/QUOTE] Yeah and at least Chisora went on to have a pretty good career. Plus, Derek is much bigger than Babic. Babic would have a better chance competing with…

Price and Chisora also looked great when they fought that level competition.