The capital's Alejandro “Pajaro” Davila is already in Merida, Yucatan, where on Friday he will seek the most important victory of his boxing career.

All of the health protocols are being handled by the authorities of the health sector of the Government of the State of Yucatán and the Mérida Boxing Commission, as well as the World Boxing Council. 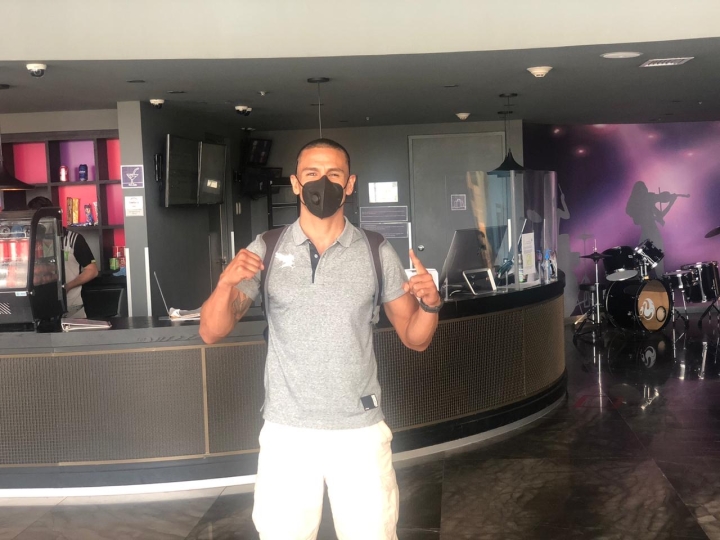 Dávila is reported to be in excellent physical and mental condition.

“We arrived with excellent preparation for this, we are going to give a great fight and we are aware of the importance of this commitment, Bohachuck is an important fighter, undefeated, and we have been waiting for this type of opportunity and thanks to Max Boxing for presenting him to us. We are not going to waste this chance," Davila said.

His rival, Bohachuck, will arrive in Merida this Tuesday, and his promoter Tom Loeffler, who also works with Gennady Golovkin, will be among his working team.

There will be a press conference on Wednesday, where the boxers will go face to face.

Bohachuck has a WBC regional title and only four opponents have been able to reach five rounds. It will be his first fight in Mexican territory. Out of his 17 fights, 16 have been in place in the United States and one in Russia.

On the same function this Friday, behind closed doors in Grupo Sipse, the Meritean prospect William “Terrible” Puch (16-1-0, 8KOo's) will have a commitment that can put his career on the next level, when he faces the Jalisco's Érik “Habanerito” López (14-5-1, 10 ko's), who just last February, in Panama, fought for the WBA interim mini-flyweight world championship against undefeated David Matellon, to whom he lost by majority decision in a verdict which caused controversy.