The ring return of WBA "regular" super featherweight champion Alberto "El Explosivo" Machado will be delayed for a bit after the boxer suffered a cut on his knuckle during last Saturday's twelve round decision win over Rafael Mensah.

Machado had hoped to make a defense of his title on the undercard of the Saúl "Canelo" Alvarez vs. Gennady "GGG" Golovkin rematch on September 15 in Las Vegas, Nevada.

"[His return] will not be quick," Juan de Leon, one of Machado's managers, told Carlos Gonzalez. "He suffered an injury to his left hand, in the center knuckle. They had to put in about five stitches and that delays the plans a bit. They were talking about the possibility of Alberto being in that [Canelo-GGG] event if everything went well. But because of the injury, those plans are being discarded. They gave him a break." 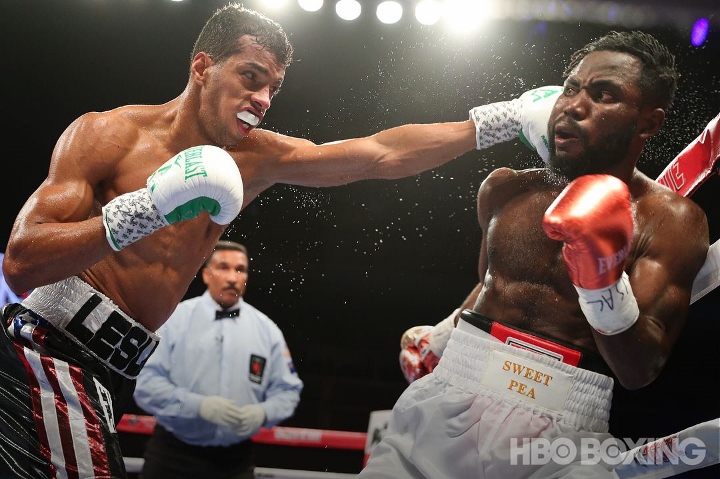 During the contest with Mensah, which all three judges scored 120-107 for Machado, the Puerto Rican boxer scored a knockdown in the first round.

He then staggered Mensah with a solid left hand. He tried to finish him, but couldn't pull it off.

The laceration on his hand occurred in the fifth round, according to De Leon.

"We are going to talk to a specialist to evaluate him through some tests. We understand that he should not have a fracture, just a cut. We want him to take at least one more fight this year."

"Already the weight is getting tough. That last week was hard for him. He spends too many hours without eating and then things get complicated. We will sit down with our promoter (Miguel Cotto Promotions) to discuss the possibility of making a voluntary defense and then going up. He's spent five years in that weight," concluded De León.

[QUOTE=mezzaninho;18966158]Wow, thanks for passing that along. This could result in a major shakeup for some weight classes[/QUOTE]Long overdue! Someone nearly died, so they have to respond!

I would love to see Machado vs Ryan Garcia!

He's a pretty tall guy so 135 shouldn't be too big of a problem, but it's about to get very hard to find a belt at that weight class with the unifications coming