Machado confirmed that he will face Yuandale Evans (20-1, 14 KOs) on October 27 at Madison Square Garden in New York.

The HBO televised card will be headlined by a middleweight fight between Daniel Jacobs and Sergiy Derevyanchenko, who battle for the vacant IBF world title. 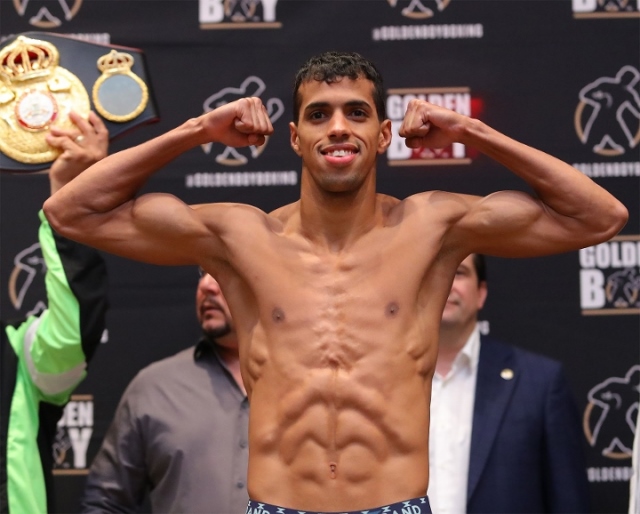 The Puerto Rican boxer returns from his July win in Las Vegas, when he won a twelve round unanimous decision over mandatory challenger Rafael Mensah to retain the belt for the first time.

During the fight, he suffered a cut on a knuckle that required several stitches. The triumph offered him the opportunity to agree on an optional defense.

In a short time, Machado will travel to California to work with his head trainer, Freddie Roach, at the Wild Card Boxing Club in Hollywood.

Machado had hoped to fight at least three times in 2018 - but the those plans have been pushed back to 2019. His upcoming defense will likely be his last fight of this year - due to circumstances outside of his control.

"I'm happy, ecstatic about fighting again," said Machado to Carlos Gonzalez. "I already went back to training because my hand is fine and soon I will be leaving for Los Angeles for the camp.

"Evans was the name we were presented with and I accepted right away, the original plan was to do three fights in 2018, but since the negotiations with Mensah's team dragged on, everything changed and the important thing is to remain active.

"It will be another tough fight, but with the effort and dedication, aside from the talent, they have taken me to become a world champion and I will continue to be so after October 27."

[QUOTE=richardt;19046545]I think he is pretty good for a fighter who is butt ugly. If I had a dog as ugly as Machado I'd shave his a$$ and make him walk backwards![/QUOTE] Thanks Clooney.

[QUOTE=Mammoth;19045437]Never cared for Machado.....[/QUOTE]I think he is pretty good for a fighter who is butt ugly. If I had a dog as ugly as Machado I'd shave his a$$ and make him walk backwards!

Machado by KO, but he's vulnerable against better opposition

This guy gets better with every fight.