Former world champion Alberto “El Explosivo” Machado will officially leave behind the super featherweight division with a view to campaigning at 135 pounds early next year.

Machado made the decision after falling by knockout at the hands of California's Andrew Cancio this past June. The Puerto Rican tried unsuccessfully to recover the belt of the World Boxing Association (WBA). Marchado had been knocked out in the first bout as well.

“I can't continue at 130 pounds. It was clear that I have to sacrifice too much to lose weight and it is not healthy for me either,” said Machado to Carlos Gonzalez. “The second fight against Cancio was what made my decision. I was convinced that I could do the weight, but I had to sacrifice myself too much and by the time the fight came around I was physically worn out." 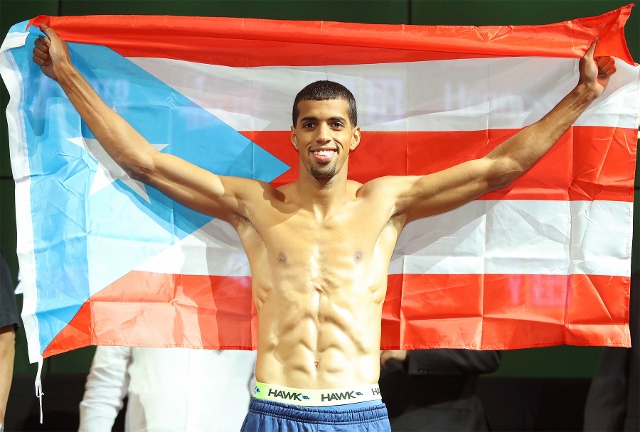 The fighter from San Juan is not sure when and where his comeback will be finalized. However, he said that the intention will be to find a ranked opponent in the lightweight division.

“I'll leave that decision in the hands of the people of Miguel Cotto Promotions. I will concentrate on preparing well for a 10-round fight. Maybe it could be for February 2020. That would mean I would have to sacrifice Christmas a bit, but it doesn't matter,” said Machado.

Additionally, it also appeared that the former champion at 108 pounds, Angel "Tito" Acosta, also intends to scale up a division. Also this past June, the Puerto Rican boxer lost the world title of the World Boxing Organization (WBO) to Mexican upset artist Elwin “la Pulga” Soto in a TKO defeat, which some saw as being a controversial call by the referee.

Originally, Acosta intended to seek an immediate rematch against Soto, but apparently he has changed plans.

[QUOTE=BigZ44;19996873]Machado vs Verdejo[/QUOTE] Yes. Local boy rivalry should do bits for viewership numbers.

I was at his fight against Corrales and he looked like another Puerto Rican star. He has looked terrible in both Cancio fights. Doesn't even look like the same guy. His move up will tell whether it was a weight…

Spence is the next to fall due to weight lost without IV sayonara.

How can you make a run if you're always on a knee?