Puerto Rico's Alberto 'Explosivo' Machado is living a dream during this period in his career.

He wants it to continue for as long as possible, which is why he has dedicated himself with more motivation at the gym with Hall of Fame trainer Freddie Roach - for the sole purpose of building a better future for his family.

Machado, 27-years-old and 19-0 with 16 knockouts, will make the first defense of his world title on July 21 at the Hard Rock Hotel in Las Vegas. He will stake the super featherweight title of the World Boxing Association against mandatory challenger Rafael Mensah of Ghana. 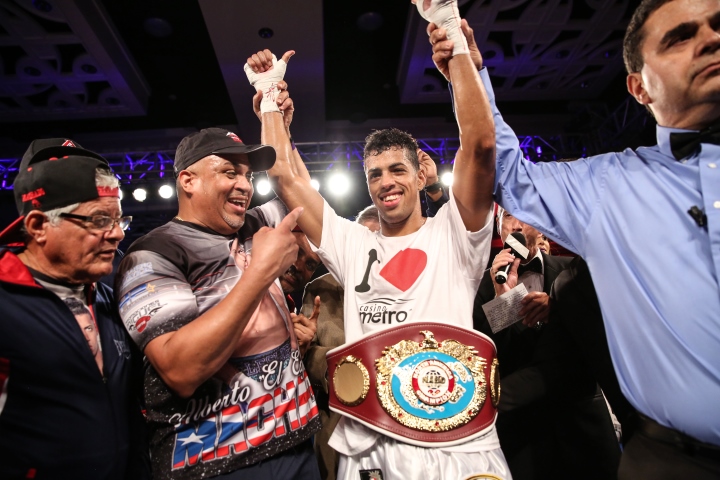 The contest is set down as the HBO televised co-feature to the WBO junior middleweight showdown between Jaime Munguia and Liam Smith.

"I feel like I'm living a dream, first the world championship and now fighting in Las Vegas and doing it on the most important networks in boxing, which is HBO. And that raises my enthusiasm and tells me that we are coming to the big leagues of boxing. I am anxious because when the bell rings I can show the fans what I have and how much I have worked to make sure this dream does not end," said Machado to ESPN Deportes.

Machado is coming back after an explosive performance in stopping Panamanian Jezreel Corrales to win the WBA title.

While confident of victory, he's not underestimating the danger involved in facing Mensah.

"The camp with Freddie was very good, I arrived in very good physical condition and we worked a lot, we know we have the power to finish the fight at any time, but we have the necessary plan to work round by round until we achieve the victory. We know that Mensah is a tough fighter and that he likes to fight, so surely the fight will be very explosive," said Machado.

The unbeaten champion is co-promoted by Golden Boy Promotions and Miguel Cotto Promotions.

the guy davis ducked and stole his belt so he could fight a featherweight coming off a loss. typical boxing

Machado and Roach after Pacquiao but with Oscar and Cotto this time.