Machado dropped Mensah with a hard right hook in the first round and hurt him several times en route to earning three scores of 120-107.

It was the first defense for Machado after capturing the world title. 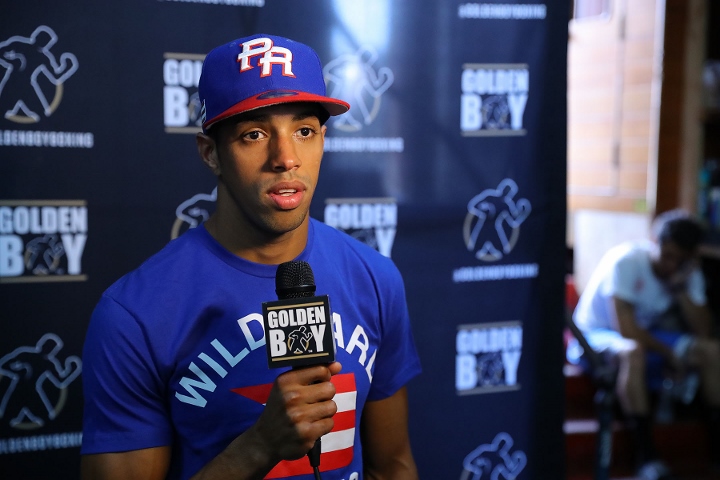 Mensah was designated as the mandatory challenger by the World Boxing Association.

"Though I couldn't finish him, I'm happy I went all the rounds because it was an experience I hadn't had before," said Machado.

"I hurt my left hand early, so that's why I stopped throwing the left hand to the body. But I kept to the game plan that Freddie Roach had for me and used the jab and worked from a distance."

"I'd fight anyone. I have to talk with my promoter first, but I would like fight Francisco Vargas," Machado said

For his part, Mensah had no excuses for the loss.

"I got hurt early with a shot," said Rafael Mensah."It took four or five rounds for me to come back. He's a tall and lanky fighter and made it tough to come back."

"My opponent was very tough. We appreciate the opportunity with Golden Boy Promotions. There were several stoppages by the official that we feel were not warranted because Espadas was ducking and coming with his head down. We look forward to the next opportunity.

That would be a really good fight. Vargas has had two good bounce back fights and hasn't cut since the Berchelt fight.

machado should try to unify with gervonta davis instead of trying to fight vargas! davis is the real champ of the wba while machado is the second string champ!

Vargas will be a live dog against Machado.

[QUOTE=Gillie;18959162]Last night's version of Machado would beat down the 2018 version of Vargas. Too many wars.[/QUOTE] I agree with the too many wars. Vargas will get busted up for sure. Machado ain't no pillow fist like whatsiname. Machado is fresher…