Agit Kabayel vs. Evgenios Lazaridis Will Have WBA Regional at Stake

Agit Kabayel and Evgenios Lazaridis will a little more at stake when they enter the ring on Saturday night at the Seebuhne Elbauenprk in Magdeburg, Germany.

The World Boxing Association’s (WBA) has revealed that their 'Continental' heavyweight championship will be at stake. 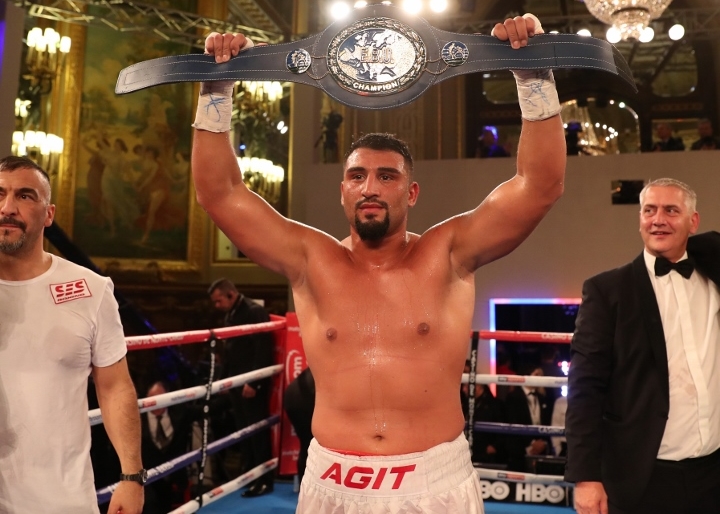 This upcoming card will be the first time that a mass attendance event will take place in Europe since the coronavirus pandemic put the entire sports world on hold in March.

The local authorities authorized a seating capacity of 1,000 people, which is a great advance in the reactivation of boxing in the country.

Local organizers will have a very strict health protocol and will comply with all of the rules to ensure a great event.

Kabayel, a 27-year-old Leverkusen native, is on the upswing of his career and this will be his first shot to a regional title that will put him on the world boxing map. He is undefeated in 19 bouts with 13 KOs.

His opponent is the 32-year-old Lazaridis, who has 16 wins, two setbacks and ten wins before the limit. He intends to surprise a younger and undefeated Kabayel in a battle.

Last year, it was announced that Kabayel had signed a co-promotional agreement with Top Rank. The boxer is promoted by SES overseas.

"My American Dream has come true,” Kabayel said at the time of the signing. “I can't wait to showcase my skills in the U.S. and on ESPN. As the European champion, the time is now to go all in and achieve my lifetime goal of becoming the first German world heavyweight champion since the great Max Schmeling."

Soon, If he demonstrated the skills I saw in some of his fights, I put him with a top 20 opponent first, when he get the heavyweight Regional WBA title. I like how he box for someone of his size.…

Hopefully Kabayel fights Rivas or Takam after that.