Adrien Broner is Now Being Sued For Sexual Battery

BoxngScene.com reported back in February that former four division world champion Adrien Broner was arrested and booked into Atlanta's Fulton County Jail on a misdemeanor charge of sexual battery.

Kaila Crews has accused Broner of inappropriately groping her at the Lenox Square shopping center.

A year ago, police pulled Broner over in an SUV riddled with bullet holes in Covington, Kentucky, and arrested him on an open warrant for a 2014 public intoxication charge. That was less than three weeks after he pleaded not guilty to aggravated robbery and felonious assault when a man accused him of assaulting him outside Madison Bowl in Oakley. 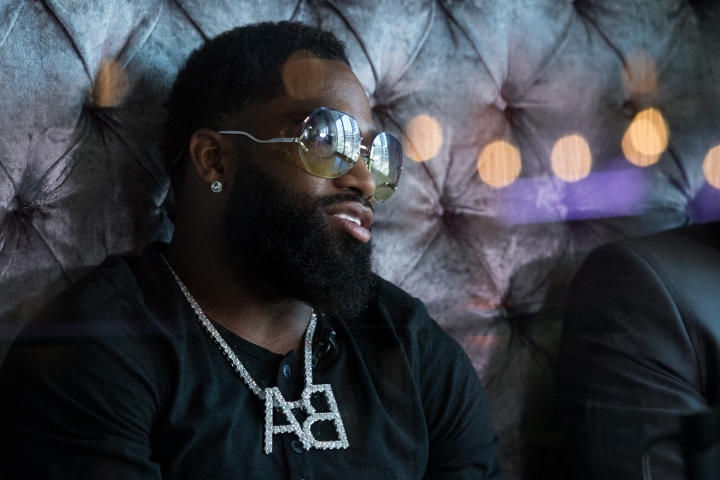 Now according to a report onTMZ, the alleged victim in the case has filed a lawsuit against Broner for sexual battery. She claims in the legal documents that Broner groped her genitals.

She alleges that while shopping at the mall, Broner approached her and "swiped his hand across [her] private parts."

"At no point had Plaintiff given [Broner] permission to touch any part of her body," Crews' lawsuit states.

Part of the incident was captured on video -- including the moment Broner was handcuffed by police.

Crews claims she suffered emotional distress from the incident and says Broner needs to pay up for any injuries she experienced, along with pain and suffering.

As for the criminal case, investigators are still collecting evidence.

Broner (33-3, 24 KOs) is scheduled to headline a Showtime televised main event on April 21 at the Barclays Center in Brooklyn, New York. He is set to face former world champion Jessie Vargas. It will be Broner's first bout since losing a twelve round unanimous decision to Mikey Garcia last July, at the same Brooklyn venue.

Recently, Broner had promised to change his entire career around and stay away from trouble as an effort to turn his life around. He began training with Kevin Cunningham as a way to polish up his skills and go through a tough camp, as a loss to Vargas could spell the end of his career as a headliner.

LOOK AT ME BABY!!! In my SEXY UNDER GARMENTS!! But don't speak or touch! You will be arested!

Whether he does this stuff or not...he opens himself up to these situations.

[QUOTE=TheFrog;18636463]Sure but usually by now the woman has been shredded by posters here. I agree with innocent until proven guilty but I'm not exactly holding my breath. I think AB through his words and previous actions has shown people what…

theres gotta be evidence before we start coming to conclusions

[QUOTE=LockardTheGOAT;18638116]"Crews claims she suffered emotional distress from the incident and says Broner needs to pay up for any injuries she experienced, [B]along with pain[/B] and suffering." $$$$ grab. How would money help cure your emotional distress anyhow?[/QUOTE] Without knowing the…