Broner failed to show up in Broward County court once again on Wednesday ... and the judge issued a warrant for his arrest immediately afterward.

Remember, this is not the first time where Broner has had this problem. He's been arrested twice already for this same issue -- including just last month -- all stemming from a December 2017 speeding incident. 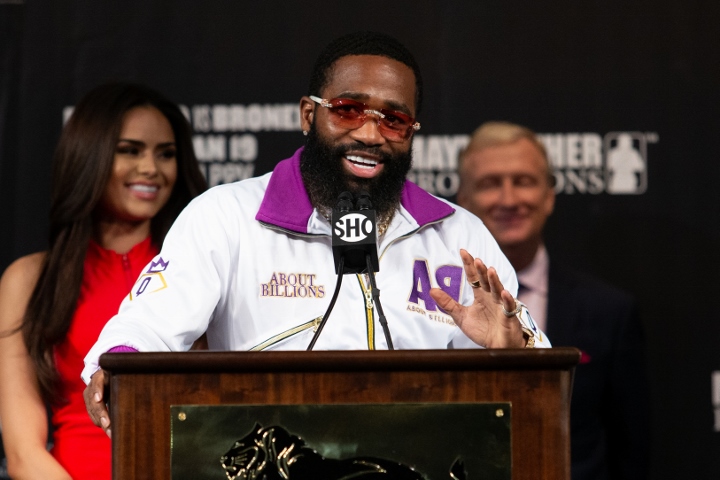 Broner was seen in Los Angeles on Wednesday, and he went to the Lakers game on Thursday night.

Cops arrested the 29-year-old for having no driver's license, speeding, no registration or proof of insurance on Dec. 7, 2017 ... but nobody's been able to get him to show in court since.

If/when he ever appears for the traffic offense, the judge may throw the book at him for blowing off the case so many times in the past year.

This is one of several legal cases Broner is tackling at the moment.

Broner was arrested back in February in Atlanta for allegedly sexually assaulting a woman at a local shopping mall. A woman told cops that Broner allegedly groped her against her will.

Just 4 months later, Broner was arrested again in Cleveland for allegedly throwing himself on top of a woman at a nightclub and forcing her to kiss him. He's facing multiple felony counts including gross sexual imposition and abduction.

Both of those cases had court dates this month.

Broner was in the ring last Saturday night at the MGM Grand in Las Vegas, and lost a twelve round unanimous decision to WBA "regular" welterweight champion Manny Pacquiao.

He may be going to jail soon, or even die by a gunshot one day, but he will be 7-0 against all of us.

Just go to court idiot. You have money for a good attorney. :pat:

And his fiancé tolerates all these sexual misconducts?

UNHINGED!!! ENGINE IMPLODING BLOWING UP!!! Somebody in their right mind close to Broner needs to reach out with a firm hand and help this man!!!! NOW !!!!