TMZ.com reported Friday that Broner was arrested by Las Vegas police officers for refusing to leave the arena during the Deontay Wilder-Tyson Fury weigh-in at the request of MGM security personnel. According to TMZ, Broner is banned from MGM Grand due to an incident that occurred in November at the expansive property on the Las Vegas strip. 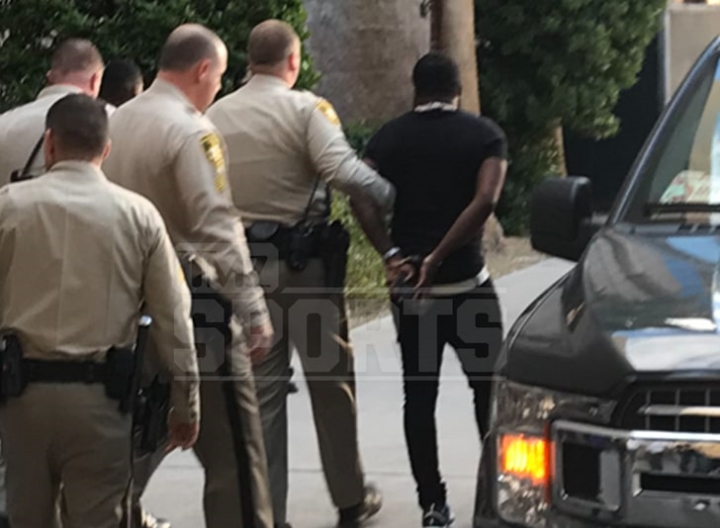 When MGM security guards asked Broner to leave the weigh-in, which was open to the public Friday, he ignored them. They then called the Las Vegas Police Department for assistance.

Broner reportedly was taken to Clark County Jail following his arrest. The TMZ story stated Broner will be processed and released after being given a citation for misdemeanor trespassing.

The 30-year-old Broner (33-4-1, 24 KOs, 1 NC), a Cincinnati native, hasn’t fought since he lost a 12-round unanimous decision to the Philippines’ Pacquiao in their 12-round WBA welterweight fight in January 2019 at MGM Grand.

Is he still yung doe?

[QUOTE=Curtis Harper;20406343][IMG]https://i.makeagif.com/media/6-09-2018/QhXjrL.gif[/IMG][/QUOTE] Lol oh man that entrance and then the exit afterwards still the funniest night I have ever had watching boxing literally just spat out my drink remembering it [IMG]https://pbs.twimg.com/media/BbgMDgjCcAEeoCW.jpg:large[/IMG]

This dude stays getting in something man