Promoter Yvon Michel of GYM, who promote WBC light heavyweight champion Adonis Stevenson, came up as the winner during the mandatory purse bid, which was ordered by the World Boxing Council.

GYM's bid $2.1 million had beat out the $1.65 million submitted by Top Rank, who handle Gvozdyk. 65% of the winning bid will go to Stevenson. 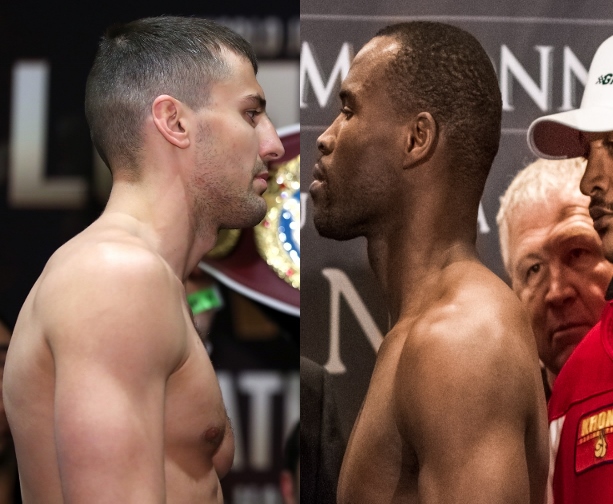 According to TVA Sports, the date of November 3, in Canada, is currently the working target for Michel to stage the fight.

Stevenson (29-1-1, 24 KOs) last seen in the ring back on May 19 in Toronto, where he fought to a majority decision draw with former two division world champion Badou Jack. For his part, Gvozdyk (15-0-0, 12 KOs) defeated Mehdi Amar by unanimous decision on March 17 in New York to become the organization's interim-champion.

Neither Stevenson or Gvozdyk were overly impressive in their recent outings. Stevenson showed heart in the second of his contest with Jack, after appearing to be on the verge of getting stopped, and clinched a draw that very few observers argued with. On the other hand, Gvozdyk looked lackluster in his win over Amar, in a contest where many had expected Amar to get blown out in the first six rounds of action.

Stevenson and his handlers were looking at the idea of a rematch with Jack, but the WBC had previously ordered the winner of that contest to face Gvozdyk.

The television network, at least for the United States, is still undecided. Top Rank has an exclusive deal with ESPN, while Stevenson competes under the Premier Boxing Champions banner and fights under Showtime. Michel, as the winner of the purse bid, can bring the fight to a network of his choosing.

Stevenson has to KO him early or he's in big trouble. What makes this fight interesting is that Gvozdyk does have a questionable chin, so that outcome is possible. But if this goes past round 4, Stevenson is a goner…

Gvozdyk definitely has some power. IMO this will be a little bit tougher of a fight than Jack was. Stevenson was sick for that bout, and I doubt he'll have a bad cold 2 fights in a row. It will…

[QUOTE=Commie;18911295]How did Jack fight a perfect fight against the [B]chimp[/B] pimp ? He got pushed around the ring by 210 lbs of pure [B]wildlife meat[/B] Whoever reduces the [B]ape[/B] to his straight left has to watch more carefully[/QUOTE] Racist much…

Gvozdyk by late or mid TKO.

Gvozdyk is okay, I think he has a chance at beating Stevenson but it's far from a sure thing. Honestly I'd rather Stevenson rematched Jack instead.