In the months since battling two-division champion Badou Jack to a draw in May, WBC 175-pound champion Adonis Stevenson turned 41 years old in September and experienced the November birth of his fifth child and fourth daughter, Adonia.

Family expansion has reinvigorated Stevenson (29-1-1, 24 KOs), who craves a return bout with Jack, if not, unifications against undefeated counterparts Eleider Alvarez, Artur Beterbiev and Dmitry Bivol, holders of the WBO, IBF and WBA titles.

But “Superman” must first make his 10th defense against Ukrainian Oleksander Govzdyk (15-0, 12 KOs) on Saturday at Centre Videotron in Quebec City on Showtime.

“I don’t feel any pressure. I’m financially stable and I could retire right now if I wanted to,” said Stevenson, a southpaw in pursuit of his 10th defense and seventh stoppage in that time against Gvozdyk. “But I’m still hungry to train hard and motivated to be the best. My goal is to become the undisputed champion.” 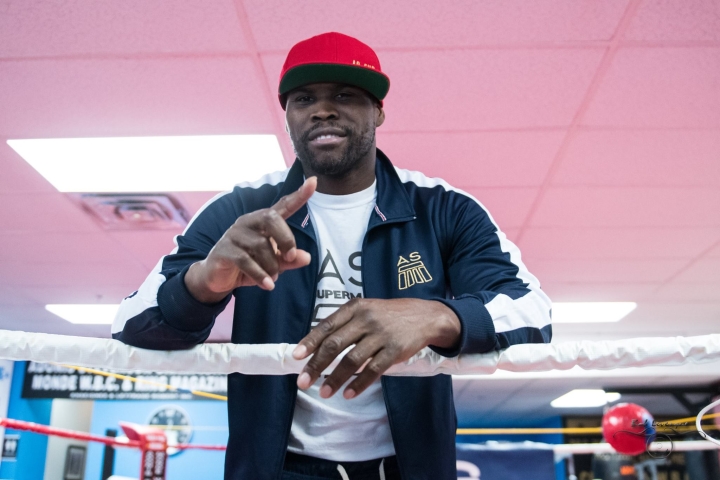 Stevenson is 16-0-1 with 14 KOs since his lone loss -- by second-round stoppage to Darnell Boone in April 2010. He is 9-0-1 with seven KOs in championship bouts, including his 76-second stoppage of Chad Dawson for the title in June 2013.

Stevenson’s resume includes a 4-0 mark (all knockouts) in 2013, highlighted by consecutive stoppages of former champions, Dawson, Tavoris Cloud (September) and Tony Bellew (November) in the first, seventh and sixth rounds. Stevenson was the first to stop Bellew, who represented his 10th knockout in a row.

“People wrote me off after losing to Darnell Boone. I came back, knocked Boone out and got revenge. There’s no other man in the division who is on my level,” said Stevenson, referring to a sixth-round knockout of Boone in March 2013. “My body’s healthy. I’m focused to train. I’m the king of the division. I’ll unify against somebody and be undisputed.”

The Bellew victory looms large given the British boxer-puncher’s back-to-back 11th- and fifth-round KO’s of former heavyweight titleholder David Haye in March and May. More recently, Bellew was ahead on two of three judges’ cards at that time of his eighth-round stoppage loss to unified, four-belt cruiserweight champion Oleksandr Usyk on November 10.

“Adonis hasn’t been paying attention to how much attention Uzyk’s getting for his victory over Tony Bellew. Adonis is focused on Gvozdyk, continuing his boxing legacy in the light heavyweight division,” said Stevenson’s corner man, Javan “Sugar” Hill-Steward, nephew of the late trainer, Emanuel Steward, who died of cancer in October 2012 at the age of 68.

“The positive thing is that he knocks everybody out. That’s what we go for every fight is the knockout, and I’m always confident in Adonis knocking anybody out. We don’t want a decision, period. We go for the knockout because that’s the way he was trained by Emanuel.”

Stevenson’s looking at the other 2012 Ukrainan Olympian whose first name is Oleksander –Govzdyk – in addition to proving he’s still king of the hill rather than over it, and simultaneously sustaining his sovereignty as the sport’s oldest reigning world champion.

“I'm going to win by KO. I always look for the knockout because knockouts sell,” said Stevenson. "My goal is to become the undisputed champion. I still want to prove that I'm the king at light heavyweight.”

In the 6-foot-2 Gvozdyk, the 5-foot-11 Stevenson meets a man nicknamed “The Nail” and coming off a unanimous decision over Mehdi Amar in March to end his run of eight straight stoppage victories.

“Gvodyk’s hired the experienced Teddy Atlas to work with him, so he’s coming with a lot of bad intentions,” said Yvon Michel, Stevenson’s promoter. “It’s going to be a difficult fight for Stevenson because of the quality in Gvozdyk, a young, hungry, undefeated Olympian who has been awaiting this chance for a while and will be well-prepared and not intimidated by Stevenson.”

Gvozdyk’s resume includes knockouts of title challengers Isaac Chilemba and southpaw Tommy Karpency in the eighth and sixth rounds in November and July 2016.

Chilemba’s gone the distance in losing majority and unanimous decisions to Alvarez and former champion Sergey Kovalev, while Stevenson scored a third-round stoppage of Karpency, who floored Gvozdyk in the first round.

“For sure I’ve learned a lot of things from watching our two fights with Karpency,” said Stevenson. “But I know that Gvozdyk realizes that, too. So I’m not focused on that because he’ll come prepared to fight in another fashion.”

When Stevenson first came to Emanuel Steward’s Detroit-based Kronk Gym in 2012, the Port-au-Prince, Haiti, native had little name recognition outside of Canada. Steward saw Stevenson’s raw talent and athleticism as well as the sheer concussion of his blows.

“He told me, ‘You have tremendous power. But first we’re going to train you on your balance,’” said Stevenson, according to Premier Boxing Champions.

“Before Emanuel passed away, he said, ‘If you have a chance to fight Chad Dawson or Tavoris Cloud, take the fight. You’ll knock them out.’”

Then again, maybe you won't...

[QUOTE=1hourRun;19302378]I keep reading opinions on this topic, the facts cause the objective informed fan to conclude : Pascal walked away to fight Sergay Kovalev, Eleider Alvarez never requested a purse-bid and was all too happy fighting washed Canadians in Pascal…

[quote=1hourrun;19302206]adonis has a better legacy in the end than sergay kovalev. Sergay kovalev, jean pascal, elieder alvarez all walked away from their mandatory positions, the fight was theirs if they wanted to force it ; stevenson never threatened to vacate.…

[LEFT][QUOTE=JcLazyX210;19302826]I am an Adonis fan but I think down the line people will not give him the credit since his resume is not so great.[/QUOTE] [/LEFT] Only time will tell. As the record stands Adonis is headed into the HOF,…