Adonis Stevenson: I Felt I Won, I Can Give Badou Jack a Rematch

Adonis Stevenson retained his World Boxing Council light-heavyweight title on Saturday after fighting Sweden's Badou Jack to a majority draw in which no judge scored him a winner.

In a fight nobody lost, both fighters saw themselves as winners. 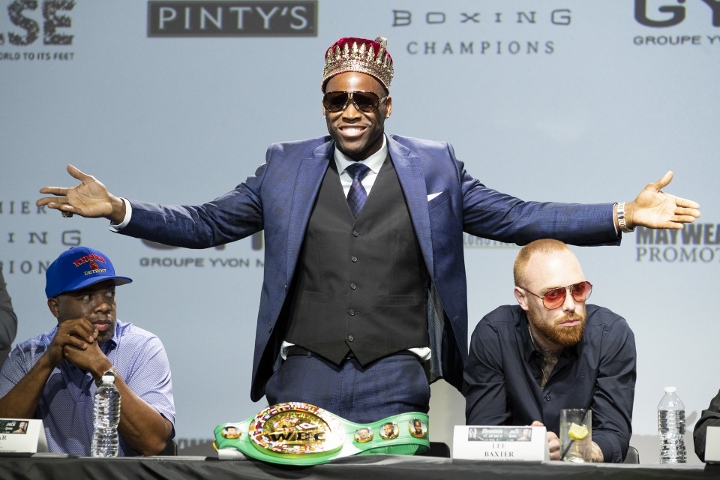 Stevenson's record went to 29-1-1 while Jack settled for his third career draw against 22 wins and a lone defeat.

"I went to the body and saw that he was fatigued," said Stevenson. "I had to keep the pressure on him. He's a slick fighter, a two-time world champion but I felt I won the fight.

"I used both hands. I touched him a lot with the right hand on the body and slowed him down. He tried to come and attack me. I feel like I won the fight but I'll give him a rematch if he wants it."

All three judges awarded Jack the 12th round to lift him into the draw, which could set the stage for a title rematch.

Jack settled for a draw two fights ago in January 2017 with James DeGale and wondered if the fact he is promoted by retired unbeaten champion Floyd Mayweather played a role in his struggles to get more than draws.

Stevenson extended the second-longest active reign in boxing. He knocked out Chad Dawson for the crown in 2013 and since then stopped six of eight prior foes with two other victories by unanimous decision.

Stevenson, who had not fought since stopping Poland's Andrzej Fonfara last June in Montreal, dominated early but struggled late as Jack, with Mayweather at ringside cheering him on, bloodied the champion's nose in the eighth round and controled the pace to the finish.

Jack, a 2008 Olympian for his father's homeland of Gambia, owned the WBC super-middleweight crown from 2015 to 2017 and stopped Britain's Nathan Cleverly last August for the World Boxing Association crown, but relinquished the title for the chance to fight Stevenson.

No preference either way but I thought Jack had the win. Stevenson held on most of the fight. Adonis took the first few rounds but Jack dominated the rest of the fight despite him getting held for most of it.

[QUOTE=Superbee;18789177]Anything going below 7 can still be his... After that he might not be what he once was... Thing is we'd all be amazed at the old fart if Badou had been floored early trying to trade and opening up...…

I have a couple friends I text with during fights. And between the ninth and tenth rounds, I told both Stevenson was ready to quit and all Jack had to do was give him a reason. So I salute Stevenson…