Sisi God, the fiance of former WBC light heavyweight world champion Adonis Stevenson, said that there is no guarantee of a total recovery for the boxer - but every day she is surprised and realizes why Adonis is called 'Superman'.

On December 1 in Canada, Stevenson was brutally knocked out by mandatory challenger Oleksandr Gvozdyk.

After the fight, Stevenson began to have physical issues and he felt very dizzy in his dressing room. He was taken to the hospital and it was discovered that he suffered a severe brain bleed.

He was placed in a medically induced coma to relieve the swelling. After three weeks, Stevenson regained consciousness. 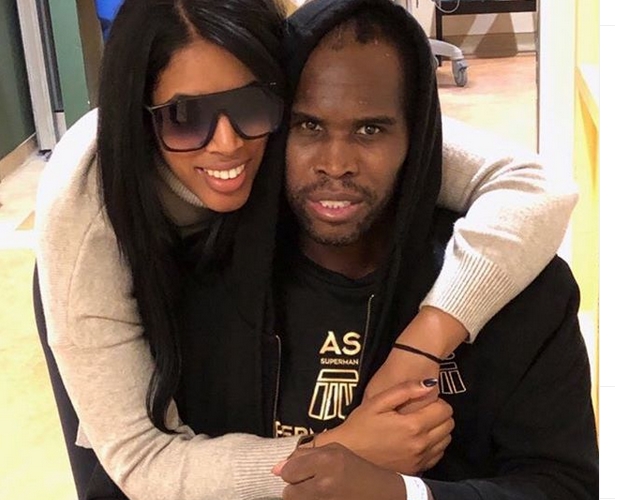 Stevenson was recently moved to a new medical facility to continue his recovery.

"We're finally in Montreal, and here he's going to continue his recovery after more than two months in Quebec. I think now I've realized why he's been called 'Superman.' A few weeks ago he was in a coma after a brain injury and today he is taking his body to the limit to recover in the best way," Sisi said to ESPN Deportes.

"The doctors are not singing victory and neither am I. Adonis is in the fight of his life and he is winning day by day. The fact of having been an athlete, not consuming alcohol, not using drugs, has definitely helped him. But what we do have is hope that he will continue to recover as he's been doing until now. We do not know if he will be a hundred percent, but every day there is progress, and that is a victory."

Adonis was transferred from Quebec to Montreal because there is a lower amount of risk in his current medical state. Little by little he's regaining the motor activity in his body - he walks, he speaks. It is a different challenge that he is going through. Apparently the most serious phase has already passed, but they are still at a fundamental stage of recovery.

"For Adonis this is a new life, he's coming back from a brain injury and it is the doctors telling us that it is too early to make predictions, but this is a struggle and thanks to the good energy, the prayers, the good wishes of the entire world that he's encouraged to continue fighting, and there have been difficult times, so thanks to all those people who have prayed for Adonis, that has touched his heart and also the whole family, so thank you," said Sisi.

Perhaps he'll progress to a semi-normal life like Michael Watson, rather than Gerald McClellan. Remains to be seen.

fuk chickenson let him be a vegetable forever. he's pure scum and if you disagree you are scum just like him.

If Adonis progresses to ****ting in a colostomy bag instead of a diaper...I'll light a cigar.

[QUOTE=Squ□redCircle34;19521933]You red k me for something that you’re doing as well! Talk about the pot that calls the kettle black...oops did I just say “black”?! Hope I didn’t struck a nerve their princess! Don’t worry, Gvozdyk beating an old fighter…

[QUOTE=Squ□redCircle34;19521933] Don’t worry, Gvozdyk beating an old fighter who was coming off from a very tough fight and then celebrating without class when the man is in the hospital will be reaped for what he sowed especially Lomachenko who was…