Not only has the former champion began to speak, but he also moved his hands and feet. The doctors have now closed the hole that had been made in his throat for a tracheotomy. 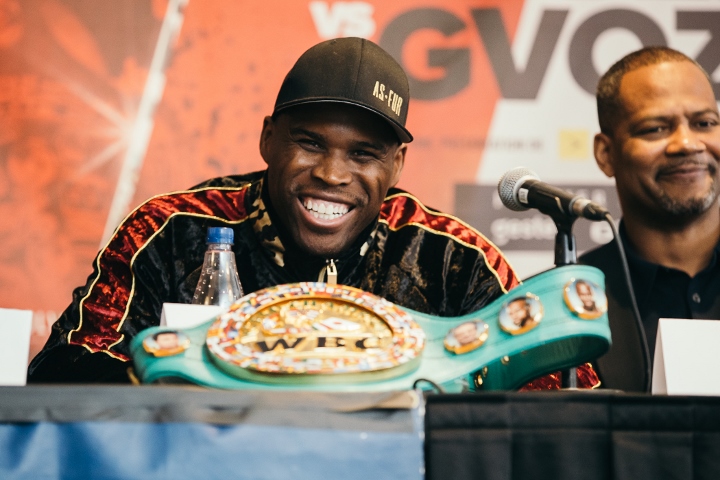 Stevenson was taken to hospital for treatment after an eleventh round knockout loss to Oleksandr Gvozdyk in Quebec City.

The boxer's fiancee issued an official statement to advise media and fans that the 41-year-old fighter was awake.

On New Year's Eve, Stevenson received a visit from Sugar Hill, his head trainer. Hill came in from Detroit to spend the day with his boxer. Adonis wanted to see the last round of his last fight, but instead showed him a compilation of his last ten fights. On January 1, his promoter Yvon Michel visited him.

Steve Querry, a personal friend of Stevenson, and God showed the boxer some pictures of a beautiful house that Stevenson had built on the North Shore and he reportedly told them that he wants to "come home". But the paper states that it could take several weeks since the surgery to close his cranial box has not been completed yet.

[QUOTE=Bjl12;19419055]Theres nothing more he can do than be a model citizen and perhaps try and rectify the specific wrongs he did. That would involve helping at-risk teens, charities, etc. It was my understanding he was doing these things which is…

[QUOTE=deanrw;19418854]He did pay his dues. He had his stint in prison. He changed his life around and paid a heavy price for that in the end also. What more do you want from him?[/QUOTE] Theres nothing more he can do…

[QUOTE=Bjl12;19418828]"It is a fact that he was judged by a court of law and paid his debt to society as deemed by the court. Whether you feel the punishment was appropriate or not, that's on you. Now calm your ass…

[QUOTE=Bjl12;19418783]In Montreal, Canada. Yeah, not a big deal. Canada isn't the U.S. In the U.S. it's different though. We don't have free medical coverage regardless of employment or homelessness. We don't access to quality secondary education for free. Making it…