In a stunner, Ramirez suffered a flash knockdown in the first minute of the first round. Ramirez was not hurt and simply got caught by a left hand when he pulled straight back with his hands down. 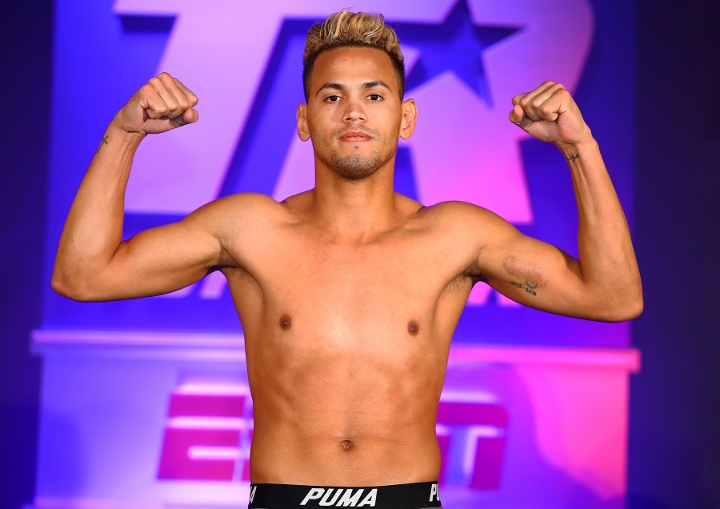 Once he got up, Gonzalez went after him with punches from both hands. Ramirez was fighting back in toe to toe form.

The second round was fought on even terms with a lot of punches thrown by both, but Ramirez was really unloading with his workrate. Ramirez had the edge with the punches he was landing in the third, but Gonzalez was still game and in the fight. And the fourth was also fought on even terms, with both fighters getting in their punches.

In May of this year, Ramirez signed a promotional contract with Top Rank.

Top Rank's CEO Bob Arum would state - "The last two-time gold medalist that we signed out of the amateurs, Vasyl Lomachenko, has become a big star. We anticipate the same from Robeisy."

The obvious plan was for Top Rank to slowly build up a major grudge match between Ramirez and Stevenson, for some point in the future - but this unexpected loss really hurts those plans.

[QUOTE=paulf;19982080]In hindsight, how bad was Top Rank's matchmaking here? Adan Gonzales already held one undefeated prospect to a lucky draw, and otherwise has only faced guys that are barely professionals, soa total wildcard. I know Ramirez was looked at as…

[QUOTE=_Rexy_;19984088]Hey now, he can still surprise us...[/QUOTE] word lol imo maybe he took the guy wayyyy to easy thinking he was a bum etc.... that'll show him tho for any future fights

is this the same dude that made shakur stevenson cry afterwards? :rofl: