The 35-year old Mohammedi was in over his head against the likes of Sergey Kovalev and Oleksandr Gvozdyk but comes in off a good win against Konni Konrad in his last fight and Deines is in tough in this one.

Both men have been out of the ring for close to a year due to the coronavirus.

Also on the bill is light heavyweight Tom Dzemski (14-0) in a fight for the IBF Youth title against Michael Eifert (6-0) and of course Yoan Pablo Hernandez (29-1) back as a heavyweight against Kevin "Kingpin" Johnson (34-17-1). 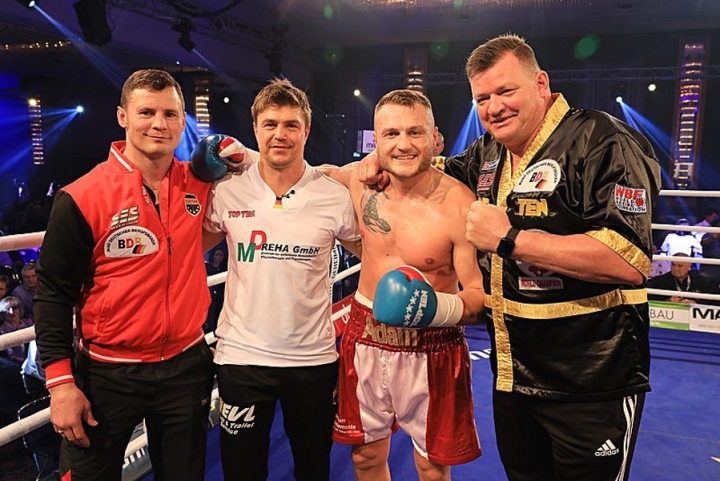 IN OTHER NEWS: Undefeated Scottish star Craig MacIntyre knows that some huge fights will be on the horizon for him in the super-lightweight division - as long as he can defeat tough rival Ishmael Ellis when #MTKFightNight returns on Wednesday.

MacIntyre (11-0-1, 4 KOs) meets Ellis (11-2) at Production Park Studios in Wakefield, live in the US on ESPN+ in association with Top Rank, and worldwide on IFL TV.

A win for the Glasgow man could pave the way for some big domestic battles in the near future, and he is adamant there won't be any slip ups against Ellis.

MacIntyre said: "I think a win here puts me right in there with the big names in the division, and that's exactly where I want to be. I can't look past Ellis on Wednesday, but this could catapult me into some big title fights.

"We were meant to fight Darren Surtees before Ishmael Ellis stepped in, but I've had to remain fully focused. Surtees is definitely one for the future as nothing has changed. When I got offered that fight I said yes straight away, because I want to be in big fights.

"I think it's going to be a bit weird without fans, but at the end of the day I've got a job to do, and when you get into that ring it's just you and your opponent anyway. I'll block it out and get the job done."