Abreu: I Just Got Out Of Jail, How Can Ennis Put Any Fear Into Me?

If there is one thing that Juan Carlos Abreu has made abundantly clear throughout this promotion, is that nothing will faze him.

The veteran fringe contender from Dominican Republic proved it in his eagerness to take on unbeaten welterweight Jaron Ennis (25-0, 23KOs), who has found increasing difficulty in securing opponents on his rise through the ranks. The battle-tested Abreu was more than happy to take that call, even if not as willing to follow the rules as he missed weight by more than three pounds at Friday’s official weigh-in. 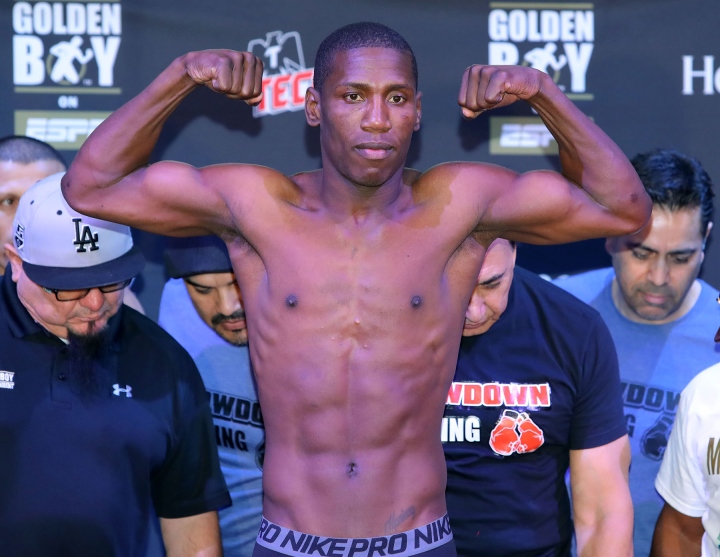 Nevertheless, he comes in brimming with confidence ahead of their Showtime-televised clash Saturday evening from Mohegan Sun Casino in Uncasville, Connecticut. Other than a modest fine he had to pay for missing weight, he has nothing else to lose.

“There isn’t any pressure on my side,” Abreu (23-5-1, 21KOs) insisted of the fight. “All the pressure is on him. I just got out of jail. Right before I came to (Uncasville), I got my ankle bracelet taken off.

“How can Jaron Ennis put any fear into me?”

Abreu has been out of the ring since last November, scoring a 1st round knockout to extend his current two fight win streak following back to back losses. The defeats came to welterweight contenders Egidijus Kavaliauskas and Alexander Besputin, having also come up just short in a debatable split decision to then-unbeaten Alex Martin in June 2016 and trading knockdowns in a September 2015 defeat to Jamal James, who now owns a secondary welterweight title.

Little public thought has been invested into Abreu’s chances of winning, instead focused on whether Ennis can be the first to stop the Dominican. That makes it all the more desirable to Abreu, who is willing to leave himself vulnerable in order to shock the world.

“I’m going for the knockout,” Abreu bluntly states. “All this negative energy people are trying to bring to me, I’m not even hearing any of it. I know my power can bail me out of any situation.

“All of the pressure and all this struggle that I’ve been getting through, I finally get to release it in an actual fight. A fight where I get paid for, and not for one in the street which put me in jail.”

Explains it. Dude was in terrible shape. Here I thought Ennis and co. Were actually trying to take a serious step up.

[QUOTE=Corelone;20768957]That's ridiculous on the face of it. He didn't volunteer to go to jail and Jail doesn't make anybody braver.[/QUOTE] You been to jail?

sounds like "things" might've happened to him in jail

That's ridiculous on the face of it. He didn't volunteer to go to jail and Jail doesn't make anybody braver.