Abreu: Either Jaron Ennis Knocks Me Out Or I Will Knock Him Out

Juan Carlos Abreu believes Jaron Ennis is a good fighter. Just how good remains to be seen, although he has no intention of sticking around for all ten rounds in order to find out.

“I’m not going to allow the fight to go the distance,” Abreu insisted during a recent Zoom media conference call to discuss his scheduled 10-round crossroads bout with Ennis this weekend (Saturday, Showtime, 9:00 p.m. ET). “I’m gonna take him into my territory and this fight will end in knockout. Either he knocks me out or I will knock him out.” 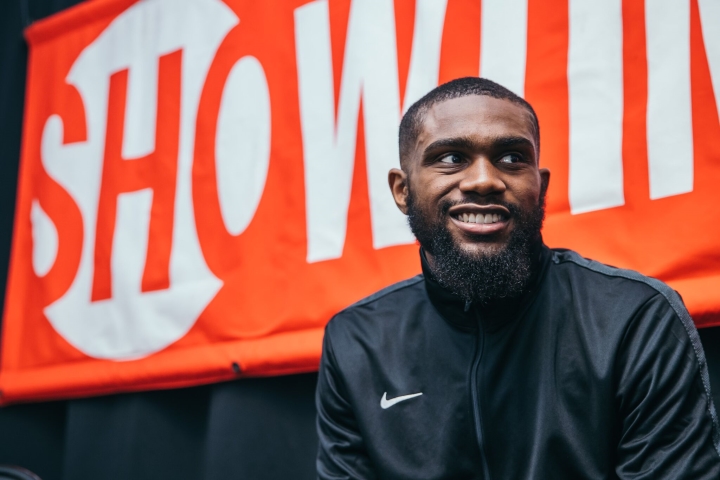 A knockout claim is always a bold one, though perhaps not so much given the respective records of both fighters. Philadelphia’s Ennis (25-0, 23KOs) has been the distance just twice in his young career, though not since 2017 and has never fought past six rounds. All 23 of his knockouts have come in four rounds or less.

Abreu (23-5-1, 21KOs)—a battle-tested 33-year old from Dominican Republic— has never been stopped in 29 career bouts, though with all of his knockout wins coming in six rounds or less. He has been extended eight rounds or more in all five career defeats as well as a February 2015 clash with Pablo Cesar Cano, who scored a 10-round win which was overturned after testing positive for a banned substance.

The bulk of Abreu’s career defeats have come against welterweights who have advanced to the contender stage and beyond—Humberto Soto having won titles in multiple weight divisions, Jamal James and Alexander Besputin picking up secondary titles (though Besputin having to give his back) and Egidijus Kavaliauskas emerging as a bubble contender. Such are the standards to which Ennis will be held this weekend, leaving Abreu to play with house money—and thus also carrying a greater willingness to take more risks rather than just serve as the token gatekeeper.

“He’s a very good fighter, like all up and coming prospects,” notes Abreu, only before stopping well short of a full-blown compliment. “I personally feel that they put him over his head for this fight. He’s not prepared for a fighter like me. This will be his first real fight. I’m going to put in my work like I always do. I will take him into the deep rounds, bring him into my territory taking the fight into rounds sixth through ten.

Either way, the biggest letdown of the night, as far as he is concerned, is if the judges’ services are required.

“If he stands and fights, then he’s giving me a better chance of knocking him out. To lose is nothing new. Maybe it’s even better if we knock each other out in the same round.”

Boots stamina looked questionable last time out, soon as things looked a little bit uncomfortable for him the ref stopped the fight! More than likely he’s operating not at his best cuz he’s killing him self making 147

He said maybe it's better if they both knock eachother out in the same round! He got a serious death wish. No matter what happens, this fool is talking real sexy lol

One day Boots will step up and we‘ll be able to judge how good he actually is...

Ennis is good. Gets hit a bit more than I’d like to see. I love the fire in Juan Carlos. That would be some old Jimmie Walker Lets-Do-It-Again scenario if the both got dropped like that. Lol