Junior lightweight contender Abraham Nova has never lived through a pandemic before, but in his first trip through those uncharted waters, he’s taking it on like an old pro.

“I'm keeping myself busy,” said the 26-year-old from Albany, New York. “I just bought a house, so I'm working on that and working out and keeping my mind going. I just bought a puppy, as well, so I got a lot of things going on. I'm actually doing pretty good during this time.” 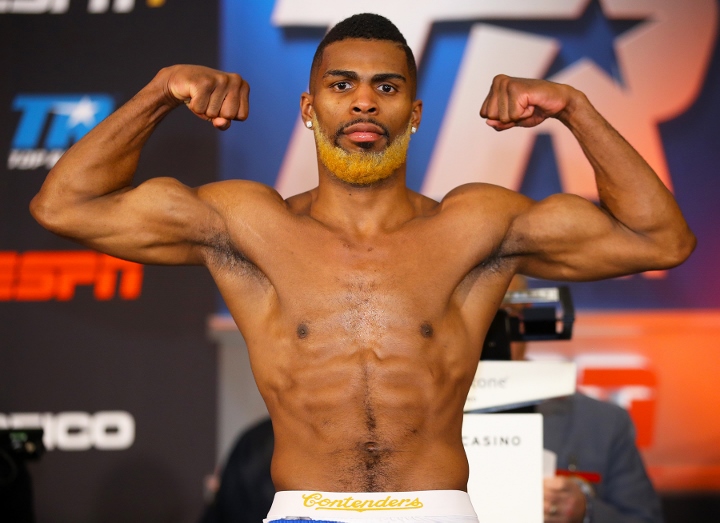 Some will hear that and be jealous. Others will simply note that the people who become successful in this world are the ones who know how to adapt. And if there’s one thing Nova has done since birth is adapt. That’s necessary when you grow up as one of 12 in a two-bedroom apartment, and if you don’t adapt, at least you learn how to fight.

“We migrated from the Dominican Republic to Puerto Rico and then from Puerto Rico to upstate New York, and it was very difficult growing up in poverty and not having the funds to get the right home and live comfortably, but we fought through and made it out,” said Nova.

As for the fighting part, he laughs.

“I had to learn how to fight. Being the second youngest, I was the baby boy, so I had all my other brothers and I had to fight my way up.”

You could say he’s already made it. Owner of an 18-0 pro record with 14 knockouts, Nova is already world-ranked and many believe this is his breakout year under the Top Rank promotional banner. Add in the new house and puppy, and he’s doing all right for himself before even reaching 30 years old.

“It feels good, and it tells me that if you keep working hard, you can have whatever you want in life,” he said. “You keep pushing and keep being patient and everything's gonna come. It's something I tell myself every day that everything in this world is possible if you put your mind to it and keep working hard.”

Of course, when everything is going so well in and out of the ring, that can cause a rising star to lose a bit of the hunger they had to make it to this point. Nova insists that’s not the case with him.

“I consider those short-term goals,” he said of everything he’s achieved thus far. “I have a bigger vision and I feel like I will never be satisfied because I know I always want more and more. I'm always challenging myself, trying to get better and get to that next level, so I'm always competing with myself and that's just who I am as a person. If anybody tells you who I am, they'll say I'm a very talented person and someone who likes to compete. I feel like I will never be satisfied. Even if I have everything, I'm gonna keep competing. That can also be a downfall, but as of right now, it's a blessing.”

Clearly an optimist, Nova is not letting the COVID-19 situation hold him back or dampen his enthusiasm, even though 2020 was shaping up to be the one where he got close to a world title shot, especially with his promoter working with two of the champs at 130 pounds – Jamel Herring and Miguel Berchelt.

“Before this pandemic happened, I said to myself that this is gonna be the year I fight for a world title,” he said. “I had everything going my way for this year and the way Top Rank was speaking, they were gonna make it happen this year. But unfortunately, this pandemic shut everything up for a bit.”

So next year, then?

“Hopefully, if we get back rolling in time,” he said.

Come on, Abraham, where’s that optimistic spirit I was just telling everybody about?

“You're right, Let's get some positive vibes out there,” he laughs. “I'm usually the one telling everybody we're gonna beat this and get back on our feet, so you're right, we're gonna get going. I have this thing where once everything is going so bad, there's a turning point and something good has to come out of it. I know it's gonna be a matter of time when all this goes away and we start getting some good blessings. That's how life and the world works - everything runs through positive and negative energy.”

At the very least, Nova has gotten one fight in this year, stopping Pedro Navarrete in four rounds in January, and in addition to his work around his new home, he is taking this time to work on the mental aspect of the game, as well as let his body get a little rest.

“I have a lot of time to watch myself and see the things that I do wrong and the things I do right, see how I'm going through situations,” he said. “So this time off is working in my favor. I'm learning much more and I'm also letting my body heal. I feel like it needed a break from all this training, so I'm focusing now on the mental part and growing as a human being as well as a fighter.”

Yeah, not many people are handling this pandemic as well as Abraham Nova.

“It's given me time to think and prepare and situate myself a lot better,” he said. “I feel like this was a blessing and a curse at the same time, but I'm making the most out of it and I'm making it work. You get all this time, you gotta make the best out of it.”