One of Germany’s most decorated boxers Arthur Abraham (47-6, 30 KOs) has tipped Vincent Feigenbutz (31-2, 28 KOs) to become Germany’s latest World Champion on February 15th when he takes on Caleb Plant (19-0, 11 KOs) for the IBF Super Middleweight World title at the Bridgestone Arena in Nashville, Tennessee. 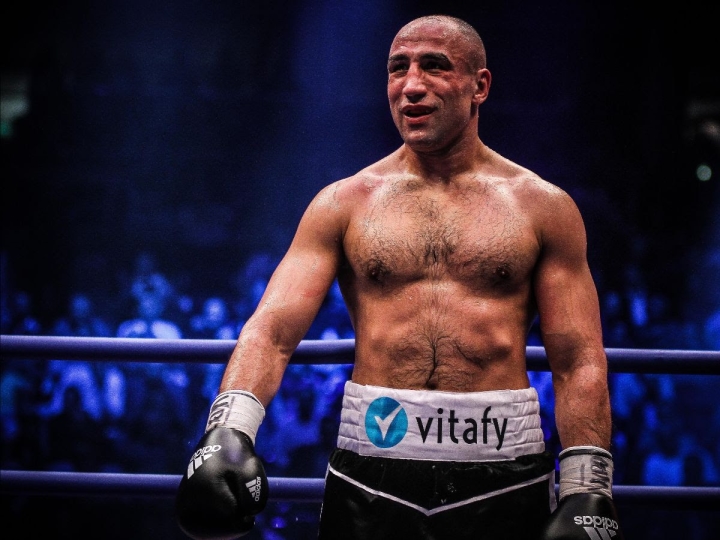 “It's going to be a tough fight because Caleb Plant is one of the best super middleweights there is,” said Abraham. “However, Vincent has a great chance to win the World title. If he is brave, tough and demonstrates his punching power then he can win the fight.

“No matter what country, boxing anywhere is the same. If you are the away fighter then it's always much more difficult to get the decision. I think knocking out Caleb Plant will make it much easier for Vincent to become victorious.

“Vincent needs to maintain his focus but also stay relaxed,” continued Abraham. “I know Vincent has trained hard, he always does. But as I mentioned he has to be brave, hard and also confident. A victory would be very important for the development of boxing in Germany and would help it to become successful again.”

‘King Arthur’ was last in action in April 2018 when he dropped Denmark’s Patrick Nielsen en route to a points victory and the 39-year-old has been linked with a return to the ring against fellow two-weight World Champion Felix Sturm. When questioned if he would consider facing his former foe, Abraham simply replied:

“If Felix Sturm wants to box me, I’m always ready to do it.”

[QUOTE=Tatabanya;20374801]Come on, man - Lee might be trash, but both Uzcategui and Medina would beat De Carolis easy - tall or no. The guy lost thrice after winning against Feigenbutz. I pick Plant by stoppage via accumulation of blows.[/QUOTE] Feigenbutz…

[QUOTE=Young Bidness;20374792]Now you just talking rubbish. De Carolis is HUGE for a 168, I’d say as big as Smith on fight night. Don’t know what type of testing was done for those bouts, but Feigenbutz was fighting a big guy,…

[QUOTE=Tatabanya;20374783]I didn't see the first fight, but everywhere I read it said that De Carolis was robbed. Then he knocked out Feigenbutz in the rematch. When you get beaten by an Italian, it's very unlikely that you defeat a good…

[QUOTE=Young Bidness;20374718]Feigenbutz beat De Carolis, lost the rematch going 11... The Italian is at least 1.9m tall. Boxrec got it wrong.[/QUOTE] I didn't see the first fight, but everywhere I read it said that De Carolis was robbed. Then he…

[QUOTE=Tatabanya;20374630]Yeah, right. You get knocked out by Giovanni De Carolis but win a fight vs Caleb Plant. I'll believe it when I see it.[/QUOTE] Feigenbutz beat De Carolis, lost the rematch going 11... The Italian is at least 1.9m tall.…