Abel Sanchez: If Usyk Hangs in There Too Long, He May Get KO'd

The final bout of the World Boxing Super Series cruiserweight tournament, is scheduled for July 21 at Olympic Stadium in Moscow, Russia.

"I'll tell you this, I have a big fight on September 15th with Golovkin and Canelo, I have another fight in the fall with Alex Saucedo and Maurice Hooker. That fight with Usyk, I see that as the toughest of the three," Sanchez told BoxingScene.com. 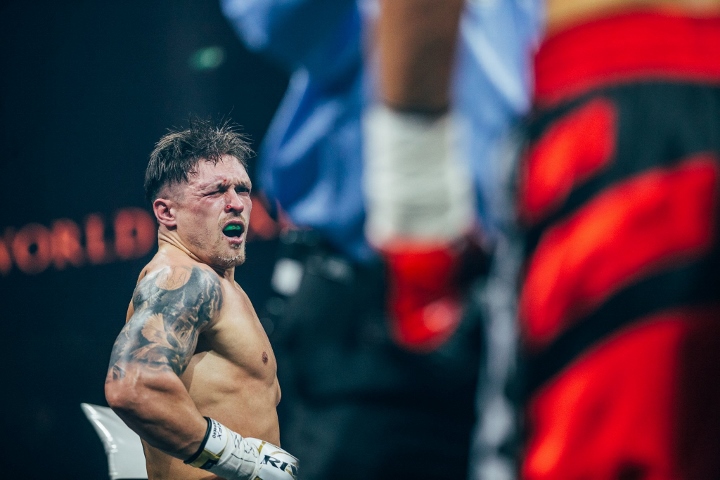 Usyk, an Olympic gold medal winner with an impressive amateur record, is the favorite.

"It's a very tough fight. I think the difference might be the power [of Gassiev]. If Usyk is stupid enough to hang in there too long - he could get hurt or might get knocked out. Usyk is an exceptional fighter. This a very difficult fight for both fighters," Sanchez said.

Back in January, Usyk was taken to his physical limit when he won a very close twelve round majority decision over undefeated Mairis Briedis.

Sanchez is not focusing on that performance. He's very confident that Usyk will never fight Gassiev in the same manner that he fought Briedis.

"A lot of these guys, when they don't perceive a threat - they fight in a different style. When Gassiev fought Dorticos, for the first four or five rounds, we let Dorticos throw his punches to deplete him a little bit. But Usyk, I don't think that he's going to allow Gassiev to beat on him for four or five rounds."

[QUOTE=theface07;18927265]Another totally bias, deluded clown. Usyk could've lost against Briedis who the majority of people would consider inferior to Gassiev! I'm a fight of both Usyk and Gassiev but I think after that last fight, it's very clear that he…

[QUOTE=theface07;18927281]Did you say the same about Usyk compared to Briedis? Who do you think is better Briedis or Gassiev? Most people would consider Gassiev superior so I don't know why you would think the fight is going to be a…

[QUOTE=theface07;18927242]No way? You are deluded. Did you even see how he fought Briedis? He was walking into counters all night and was lucky to get the decision and Gassiev is better than Briedis. This should be a great fight. If…

[QUOTE=theface07;18927265]Another totally bias, deluded clown. Usyk could've lost against Briedis who the majority of people would consider inferior to Gassiev! I'm a fight of both Usyk and Gassiev but I think after that last fight, it's very clear that he…