Even with the modified weight check points in place, Saul ‘Canelo’ Alvarez and Daniel Jacobs are nearly a week ahead of schedule.

Both boxers easily came within the tolerable weight limit at the 14-day mark of their forthcoming May 4 middleweight championship. Alvarez (51-1-2, 35KOs) weighed 165.4 pounds, more than a full pound lighter than Jacobs (35-2, 29KOs) who checked in at a fit and trim 166.8 pounds for the first defense of his second middleweight title reign.

The championship contest will stream live on DAZN from T-Mobile Arena in Las Vegas, Nev.

Among the alphabet titles in the collection of Alvarez—who also serves as the World (lineal) champion—is that of the World Boxing Council (WBC), which mandates 30-, 14- and 7-day safety weight checks prior to the official weigh-in the day before a title fight. 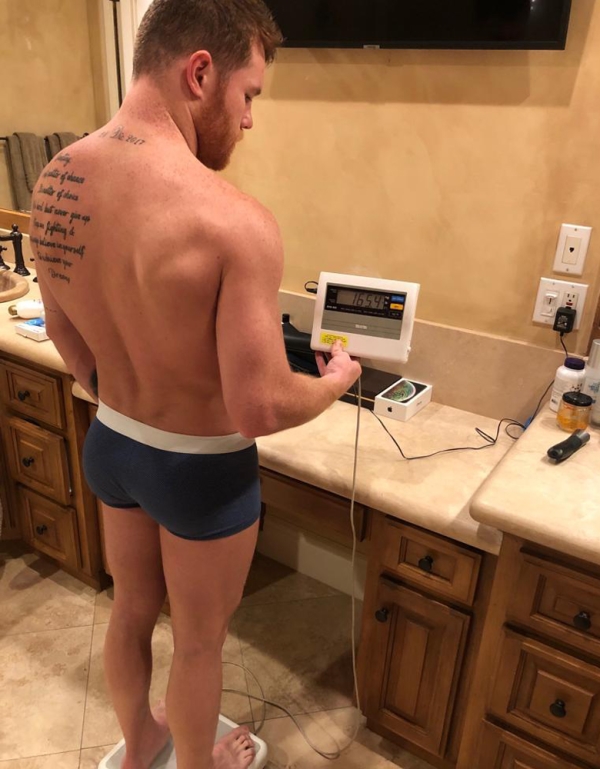 Boxers are required to weigh no more than 10% over the contracted limit 30 days from the fight, no more than 5% over at the 14-day mark and no more than 3% seven days ahead of fight night. The maximum allowable weight for this fight at the 14-day point was 168 pounds, with both athletes easily inside the limit.

In fact, Alvarez was already at 168.2 pounds for the 30-day weight check for his 10th career fight above the 154-pound super welterweight limit. He’d fought five straight contests at a 155-pound catchweight—including his World middleweight title-winning effort over Miguel Cotto in their Nov. ’15 superfight—and dropped back down to 154 pounds for a Sept. ’16 title-winning knockout over Liam Smith. 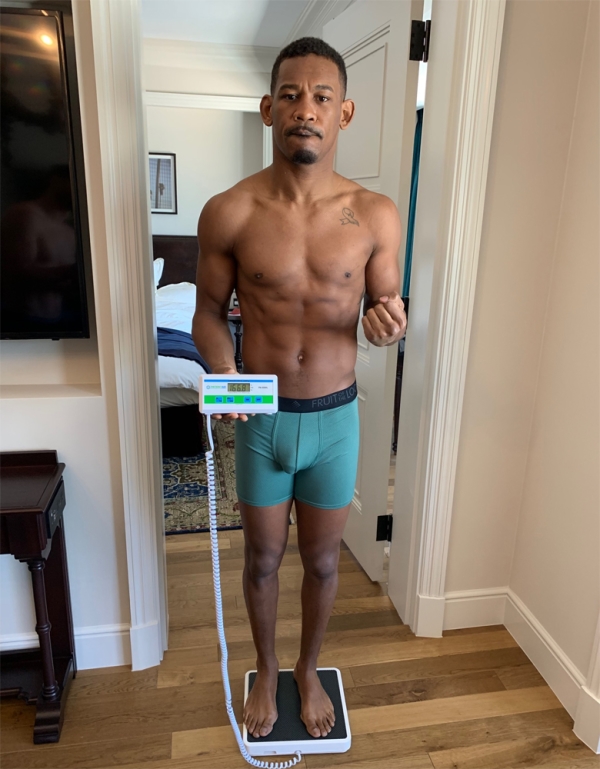 Jacobs often fought above middleweight during the early, non-title portion of his career, but hasn’t weighed more than 161.5 pounds since his triumphant ring return in Oct. ’12 after having conquered cancer. He’s consistently weighed between 159.5-159.75 pounds for each of his last nine fights.

Yet, somehow, the Brooklynite’s weight was a hot button topic leading up to this contest. He weighed 175.4 pounds at the 30-day safety check, just within the 10% tolerable limit of 176 pounds. He’s since shed nearly nine pounds and figures to comfortably hit the 165-pound threshold at the 7-day checkpoint.

Whatever concern exists among the public certainly hasn’t resonated with his opponent.

“I don’t think anything of it,” Alvarez (51-1-2, 35KOs) noted of Jacobs’ 30-day weight. “Losing weight is a part of the sport. It’s a sacrifice we all have to make and every fighter is different in how they go about it.

“Some lose it right away, some lose it gradually, some cut weight towards the end. I don’t put any thought into Jacobs’ weight right now. Every fighter is different.”

Losing weight is part of the sport. That's why I have to ****in cheat like Big Baby Piller in order to win.

[QUOTE=Chuckguy;19683239]Did he reallly say that??? Wow[/QUOTE] Some guy talking about sucking dick in prison. These guys have a weird imagination.

[QUOTE=KO MX;19683202][IMG]https://photo.boxingscene.com/uploads/canelo-14.jpg[/IMG] Look at that ass :luvbed:[/QUOTE] eh i expected it to be fatter. I would prefer missionary so i can stare into his eyes as opposed to back shots. :dunno: