Zhang Zhilei cannot wait to box before fans who’ve either forgotten about him or never really were aware of the unbeaten heavyweight.

The 6-feet-6, 260-pound Zhilei will return to the ring Saturday in Monte Carlo, for his first fight in 14 months. The Chinese southpaw is set to encounter Ukraine’s Andriy Rudenko, a late replacement for injured Russian veteran Sergey Kuzmin.

DAZN will stream the Zhilei-Rudenko bout in the United States as part of a show from Casino de Monte Carlo (2 p.m. ET/11 a.m. PT). 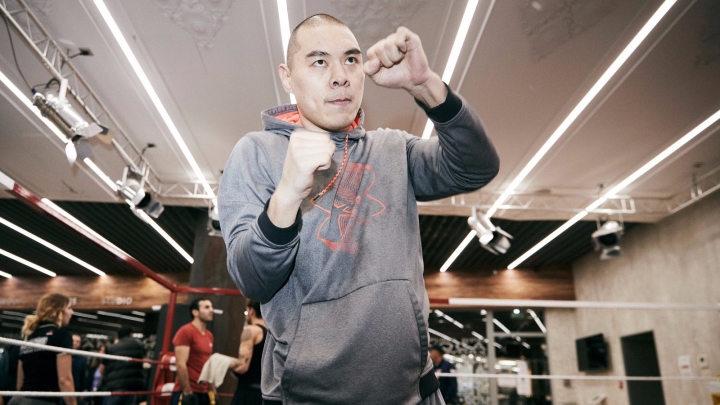 The 36-year-old Zhilei (20-0, 16 KOs), an Olympic silver medalist at super heavyweight in 2008, had cracked the WBO’s top 15 prior to this lengthy layoff. His extended break was due in large part to visa issues that kept him out of the U.S. for nearly a year.

“As soon as I got the notification that my U.S. visa was approved, my family told me I looked like a totally different person on that very day. My eyes looked like those of a warrior ready to go into battle. As soon as I came back to the U.S., I just trained like crazy. I’m very excited about this fight.”

The 36-year-old Rudenko (32-4, 20 KOs) took this fight on barely one week’s notice. Kuzmin (15-1, 11 KOs) would’ve represented a step up in competition for Zhilei, but he suffered a foot injury that forced him to withdraw from their fight last week.

“I don’t know what other people will say about me after this fight,” said Zhilei, who’s co-promoted by Jay-Z’s Roc Nation Sports and Eddie Hearn’s Matchroom Boxing. “That’s not something I can control. But I would like to have people say, ‘Wow! This Chinese dude can really fight!’ I will impress them.”

Joyce, Ortiz, Whyte, Parker, would all but rape him! Lol.