Zach Parker was hoping to deliver a statement ahead of scouting the very titlist he plans to next challenge.

The unbeaten super middleweight contender will instead have to settle for a ringside view. 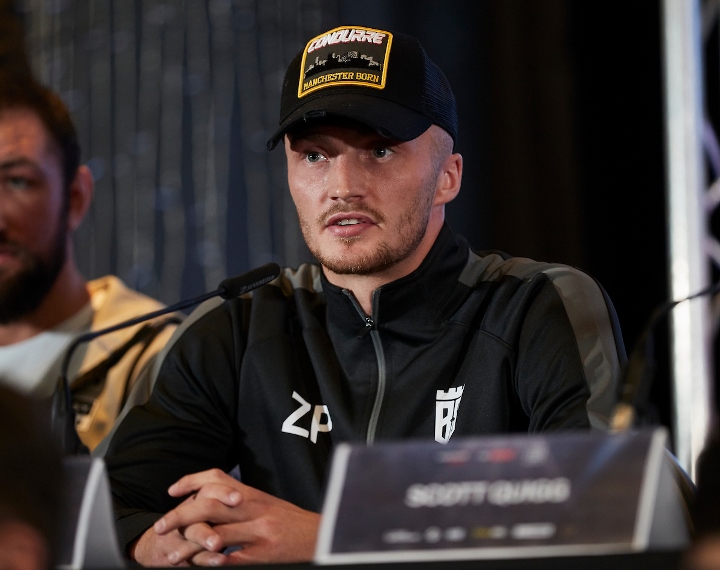 The timing of the test result disallowed a quarantine process in order for the visiting boxer from Pamplona to be cleared in time for combat Friday evening at The SSE Arena, Wembley.

The rest of the show remains intact, including the evening’s main event. Unbeaten two-division and reigning super middleweight titlist Billy Joe Saunders (29-0, 14KOs) of Hatfield, England attempts the second defense of his crown as he faces countryman Martin Murray, whom enters his fifth career title bid.

Parker is the next leading contender to face the winner of Friday’s headliner, earning his place following an 11th round stoppage win over Rohan Murdock this past March in Manchester. The bout was one of the last to take place in England before the start of the ongoing coronavirus pandemic.

Friday’s bout would have marked the first fight for the 26-year old contender since that night, with hopes of challenging the winner between Saunders and Murray by no later than the first half of 2021. Those plans can remain in place, though time will tell if he can find a way back in the ring before such time.

The positive test result suffered within Nuñez’s team was the first such case for this show. All other participants—including Nuñez—and their immediate team members have repeatedly tested negative, with everyone on the show also easily making weight on Thursday.

I feel sorry for anyone who prepares for weeks for a fight and then something likes this happens.your comment shows total ignorance!!!

Nobody cares hence the lack of comments