Zab Judah, a close friend of former undisputed heavyweight champion Mike Tyson, expects the 54-year-old boxer to go for a knockout on Saturday night - when he returns to the ring against Roy Jones Jr. in an exhibition fight.

The contest, which is being contested over eight two-minute rounds, takes place at Staples Center in Los Angeles, California.

Tyson retired from the sport back in 2005, when he was knocked out by journeyman Kevin McBride.

On the other end, the 51-year-old Jones, a former four division champion, was in the ring back in early 2018. 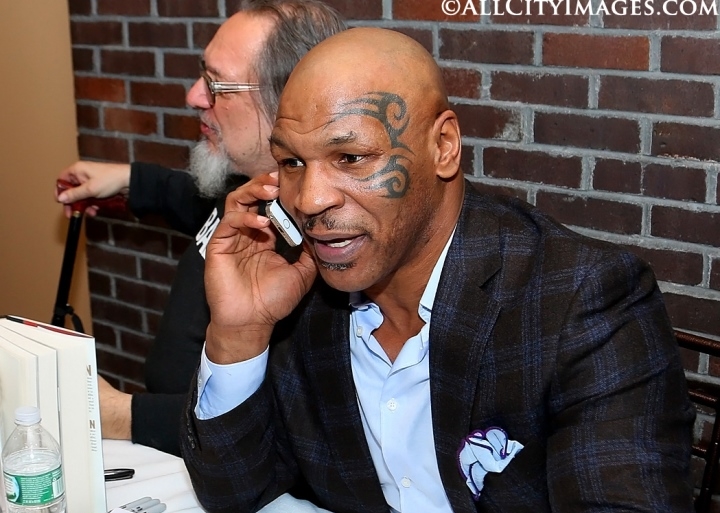 While the California State Athletic Commission has strongly cautioned that Tyson-Jones should be nothing more than a hard sparring session, there are others who expect fireworks.

The WBC will have three judges assigned to score the fight and a winner will be announced at the end of the bout.

According to Judah, the 'old' version of Tyson will be in the ring this weekend - looking to land big bombs from the early going.

"I just finished up a training camp with Mike Tyson," Judah said to The Mirror. "I’m here to tell the world that Mike Tyson is coming into the ring Saturday night to put in a lot of pain. He’s not playing, this is not a game.

"I understand they’re playing around and throwing the rulebook around, but my bro coming to hurt something. So I want everybody to know that this is not going to be a game. The Mike Tyson you know from the past, I think he’s back.

"Let me tell you why: there was a guy who came to the training camp and he came with a full set of teeth but he left with one tooth missing. So that’s back to the intensity of what Mike is doing again. Bro is on it, it's going to be crazy."