Former world champion Yuriorkis Gamboa (27-2, 17 KOs) is taking no chances for his HBO televised return on November 25th, when he steps in as a late replacement to fight Jason Sosa in an HBO televised fight from Madison Square Garden in New York City.

Gamboa's career is on the ropes after suffering a TKO loss to Robinson Castellanos in May of this year in Las Vegas. Castellanos was originally scheduled to fight Sosa, but withdrew with an injury.

Golden Boy Promotions President Eric Gomez, who promotes Gamboa, admits the Cuban boxer's career will likely be over as a top player if he loses with Sosa. 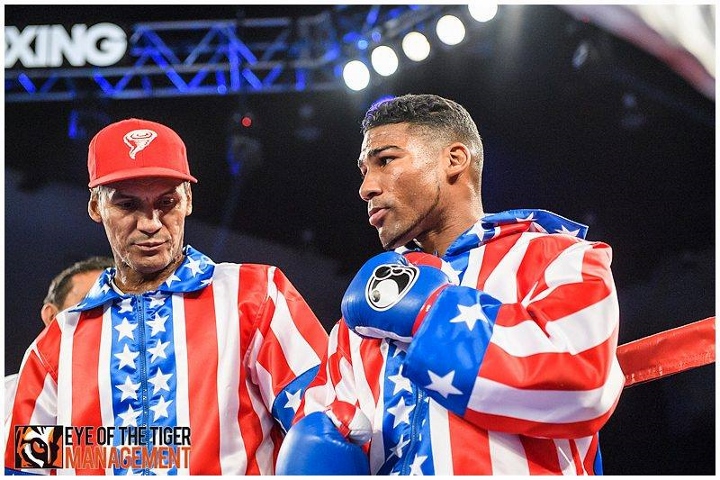 For this contest, Gamboa hired one of the most prestigious coaches in his country: Pedro Roque Otano.

The coach has more than 40-years of experience. He's coached athletes from multiple countries to 35 Olympic medals -- including 11 golds -- and 43 medals in World Championship competitions.

He was hired by United States to work with the Olympic team in 2012 and worked with the Azerbaijan boxing team in the 2016 Olympics. He was nominated as the trainer of the year by the AIBA on several occasions.

"I sincerely believe that Gamboa can be the world champion again," said Roque to George Ebro. "If I accepted this challenge, it is because I believe in my depth that there is still a lot to do in the sport [for Gamboa]."

"I know it will not be easy, but we are convinced that we can win. I told him that he was a Ferrari and that he still is going forward."

Roque opened his own gym in Miami, where he trains several boxers such as Yampier Hernández, Jorge Romero and Yuniesky González, among others.

When Gamboa knocked on his door he could not say no. They spoke and drew up a working plan to train for the fight.

"I respect what he has done in professional boxing and I'm excited about what he will do in the future," said Roque. "I know I can help him a lot now and in the future."

Damn, it seems like just yesterday Gamboa was taking over - how time flies.

I always thought this guy was over hyped... his flaws have always been there... Had he fought Rios back when he was supposed to... he would have been exposed sooner than later!!! the over hype was part of his demise...…