Where Have You Gone, Felix Trinidad?

September 29, 2001. Eighteen days after the terrorist attacks of 9/11, New York City was still in a daze, but life was beginning to get back to normal, or at least the new normal throughout the battered Big Apple.

That meant sports were slowly, but surely, coming back, giving us a much needed escape from the “real” world. One of the biggest events, a boxing match postponed from the 15th to the 29th, was the middleweight title bout between Felix Trinidad and Bernard Hopkins at Madison Square Garden.

It was a chance for diehard fight fans to fill “The Mecca” and see the biggest fight of the year, one pitting an old-school crafty veteran seeking a life-altering win against an unbeaten Puerto Rican idol looking to please his legion of fans once again.

The crafty veteran won, Hopkins putting on a career-best effort over 12 rounds.

An hour after the final bell, on the F train to Brooklyn, I saw grown men cry. Draped in Puerto Rican flags, heads in hand, it was unlike anything I’ve ever seen following a sporting event. Trinidad losing hit his fans so hard it was as if they lost.

Sure, “Tito” hadn’t lost in 40 previous fights, but this wasn’t like the Yankees dropping a series to the Red Sox. This was important.

Even before the final verdict, as Hopkins put on a master class, you could feel the air get sucked out of the Garden round by agonizing round. In previous bouts in the House that Tito built, there were bands, drums, cheers and chants. If you weren’t there, it’s hard to describe, but in the midst of his wins over Pernell Whitaker and William Joppy, it felt like the place was going to cave in from all the foot stomping and euphoric noise.

Hopkins silenced that crowd, and the Garden wasn’t the same until Trinidad returned to the venue three years later for a fight with Ricardo Mayorga that I described that night as the “Latino Hagler-Hearns.” When I got home and watched the replay, it was more of a one-sided beatdown in favor of Trinidad, but that’s what the Tito in the Garden atmosphere was like. 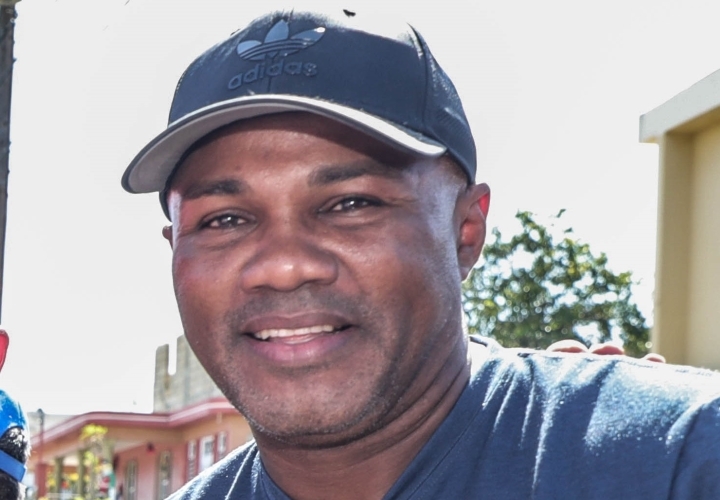 And while the sport is still thriving, despite the usual naysayers predicting its demise once again, there is something missing.

Don’t get me wrong - there were thousands of Brits making the trip to the Garden for Anthony Joshua’s fight against Andy Ruiz Jr. in June, Mick Conlan packed the house in Belfast recently, and Terence Crawford is a franchise in his home state of Nebraska. But Trinidad always brought something different, and as serious as he would get when the bell rang, there was such a joy to what he did.

In March of 2004, nearly three years after the loss to Hopkins, Trinidad returned to the scene of his first defeat and announced that he was returning to the ring for the first time since a 2002 win over Hacine Cherifi. As he was mobbed by fans on his way out of the Garden, I asked him what he missed the most during his time away.

“I miss getting the punches,” he said through his translator, mimicking getting punched in the face. The smile was wide, the enthusiasm infectious, and it was just like fight night, when he would say his name along the ring announcer, reminding himself of who he was and why he was there.

That reason was never in question. And it was evident to everyone who saw him in the ring.

I ran out of the Garden as soon as I could in April 2005, hoping to get visions of the James Toney-John Ruiz fight out of my head. I hopped in a cab and my West Indian driver listened patiently as I moaned about the fight I just witnessed. Then, as I told him that I was looking forward to the following month’s bout between Trinidad and Winky Wright, he said, “Oh yeah, Tito, he’s my man.  He’s not like these other guys – he fights.”

The driver wasn’t Puerto Rican. Neither was I at the moment, though Ancestry DNA told me recently that I am 25 percent Boricua. And that was the beauty of what Trinidad represented and what all sports should represent. It didn’t matter what race, nationality or religion you were, when Felix Trinidad was fighting, you better be in front of your television.

But if you did happen to be Puerto Rican, the night of a Tito fight was like going to church. I recently spoke to UFC fighter Miguel Baeza, and though he was just a year old when Trinidad won his first title by knocking out Maurice Blocker in 1993, as he got older, he noticed how everything changed on those Saturday nights when the pride of Cupey Alto entered the ring.

“I remember as a kid watching ‘Tito’ fight and that was a party in itself,” he said. “We’d get the family together, buy the pay-per-view, have a barbecue, and it was a big thing. My uncles would be watching the fights and I’d never seen so much shadowboxing in my life.”

More often than not, those parties went on long after the fights were over, as folks celebrated another Trinidad victory. Yet as devastating as Trinidad could be, especially with his left hook, he wasn’t a prime Mike Tyson, rolling over all comers. Trinidad, like another beloved fighter in Arturo Gatti, was flawed. He could be knocked down, he could be outboxed. But he would never stop marching forward. If you hurt him, like Fernando Vargas did in 2000, he wasn’t above going outside the rule book to earn a few seconds of recovery time. And while his most important victory probably came against Oscar De La Hoya in 1999, it was one most believed De La Hoya deserved.

That really didn’t matter to his fans, though. They’ll remember his reign at 147 pounds and the battles with Yory Boy Campas, Oba Carr and the late, great Whitaker. The scraps with David Reid and Vargas at 154, and then his brief moments of glory at middleweight.

There would be no glorious ending to his career, as he lost a one-sided decision to Roy Jones Jr. in the Garden in 2008, but at least he got to say goodbye to his fans in New York City and this time there would be no tears on the F train because it was a day everyone knew was coming, just like it comes for every fighter. The Hopkins loss was a shock, the Jones defeat was inevitable.

The only hope was that the 35-year-old wouldn’t get hurt, and he didn’t. Trinidad walked off into the sunset, picked up his Hall of Fame plaque in 2014, and today he remains a revered figure in the sport, one that has never been replaced, especially on his island. Miguel Cotto, JuanMa Lopez and Ivan Calderon all represented PR well and made their mark to various extents, but there was only one Tito, and we may never see the likes of him again.

The love of the game. The power. The willingness to fight all comers. The ability to bring together fans around the globe.

Where have you gone, Felix Trinidad? Boxing turns its lonely eyes to you.

[QUOTE=Nay_Sayer;20021489]That's [B]NOT[/B] the fight that I saw. I saw Ole' Fishnets dominate the first half of the fight. However, the second half was ALL Trinidad...[/QUOTE] Rounds 1,2, and 4 were very close and competitive rounds that could have gone either…

This article made me rewatch Trinidad-Campas. Knowing how hard both fighters hit and how often they landed clean on each other is painful to watch. Good thing it was a short fight. I can't believe Campas never went down. The…

[QUOTE=PrBoxing88;20022224]The hand wraps excuse always comes to play lmao, Tito beat the **** out of Vargas and it wasn't because of the wraps wey.[/QUOTE] I'm glad Trinadad beat him.