Welterweight prospect Gor Yeritsyan can sail out even further to the international waters very soon. According to promoter Aram Davtyan, the unbeaten Armenian fighter may be completely done with national level bouts in Eastern Europe and steps up in competition as soon as his next career bout.

In fact, Yeritsyan (10-0, 9 KOs) had his last four bouts against opponents far from his part of the world. Both former world title challenger Ali Funeka, Jose Luis Prieto, Alvin Lagumbay, and Maximiliano Leonel Scalzone traveled thousands of miles to share a ring with the now 24-year-old prospect. Save for Funeka, who suffered an eight-round shutout loss, all of them came up short in five or fewer frames against the hard-hitting Armenian.

“We believe Gor is ready to face any opponent at any time. Therefore, we plan to increase the level of opposition in 2019 and climb the ratings. Although Gor is only 24 years old, we are ready to take on the strongest possible rivals, at any location,” told Yeritsyan’s promoter, Aram Davtyan to BoxingScene.com. 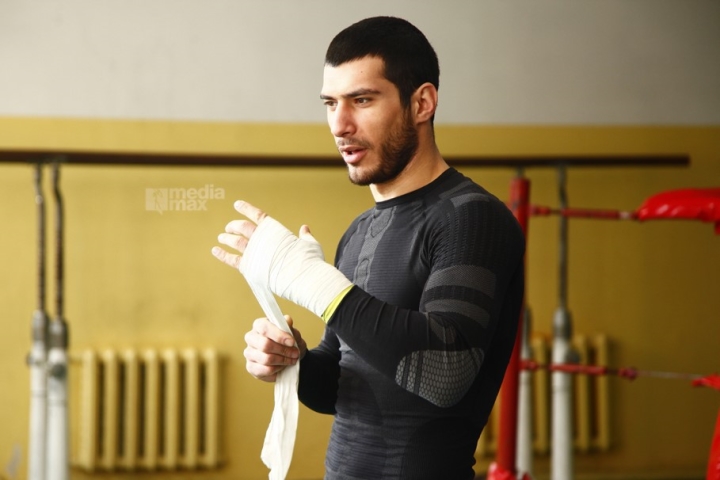 According to the Armenian businessman, his team were planning a mouth-watering crossroads bout with former welterweight contender Dmitry Mikhaylenko but ultimately dropped the idea following the third loss of the latter in less than two years.

“There was a real chance for the fight with Mikhaylenko and we even discussed the possibility of holding such a duel. The thing is that our other boxer, Islam Dumanov has outboxed Mikhaylenko recently, so at the end, we decided it would be more beneficial to fight someone else. I am sure in a fight against Mikhaylenko, Gor wouldn't have been troubled in any way,” discussed Davtyan, who believes his talented protégé has what it takes to win international boxing fans over once he appears on mainstream television platforms around the globe.

“As soon as Gor enters the international boxing scene, he will win hearts of people and gather fans all around the world. He is a special boxer with unique skills.”

The first step on this route can very well come later this year. After briefly holding the WBO Youth title last December, Team Yeritsyan is now having another strap on their target in the form of the WBC International belt. The flourishing relationship between the Armenian contingent and the Mexican-based sanctioning organization could only help secure such an opportunity.

“We are currently very interested in the WBC International belt, that is in the hands of Mikael Zewski at the moment,” said the Armenian promoter.

The 30-year-old Zewski (32-1, 22 KOs) won the title May last year and took care of his first defense in December. The Canadian boxer is six wins past his lone career defeat against then fellow unbeaten Konstantin Ponomarev in 2015.

“Zewski is a good and worthy opponent, but Gor is no different. We would love to get this fight anytime and anywhere. We are aiming to set the fight with Zewski and climb the ratings.”

Yeritsyan himself is eager to be navigated in the direction of bigger and better things in the always busy and exciting welterweight division.

“I am ready for any rivals, any level. I’m really looking forward to fights with top-level boxers and I’m sure I’ll be ready for them,” said Yeritsyan to BoxingScene.com.

“My manager Aram Davtyan and my Punch Boxing Promotions team lead me and do the very best so that very soon we will assert ourselves. I am sure it will be so!”