Yarde discussed this significant step up in class during an interview with ESPN UK’s Steve Bunce, which was posted Tuesday on YouTube. 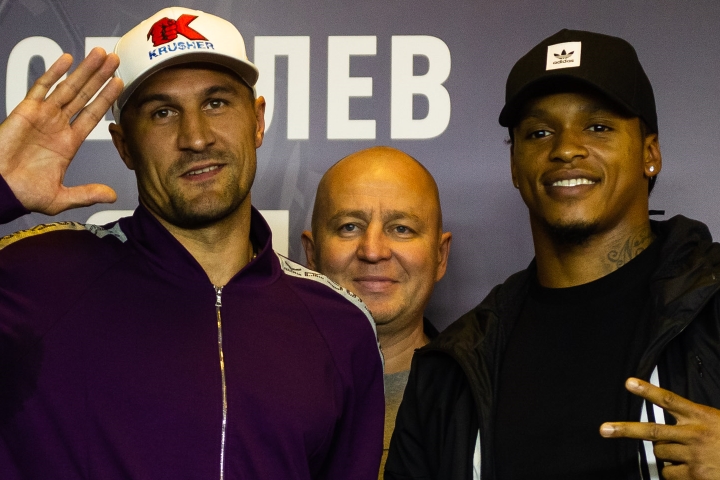 The 36-year-old Kovalev (33-3-1, 28 KOs) has lost twice by knockout within the past two years – first to Andre Ward in their June 2017 rematch, then to Eleider Alvarez. Colombia’s Alvarez (24-1, 12 KOs) dropped Kovalev three times and knocked him out in the seventh round last August 4 in Atlantic City, New Jersey.

Kovalev bounced back from the worst defeat of his career in their immediate rematch. He out-boxed Alvarez and won a 12-round unanimous decision in that February 2 bout in Frisco, Texas.

“I’m gonna go in there, I’m gonna knock out Kovalev,” Yarde said. “And again, I talk like this because it’s not me being arrogant or being boisterous or anything like that. It’s a confidence you need to install within yourself. It’s a belief system you need to install within yourself. I wanna go out there and do my job. I feel like Kovalev’s had his fights. I’ve had my fights. Kovalev’s had way more experience than me. He’s been in bigger fights. He’s been at this stage so many times before. This is my first time at this stage. But all that matters is what happens in the ring on that night.”

Most Internet sports books list Kovalev as a slight favorite over Yarde, who didn’t defeat a ranked light heavyweight contender on his way to becoming Kovalev’s mandatory challenger. Yarde has just 30 fights on his record altogether – 12 as an amateur and 18 as a professional – yet he feels more than ready to dethrone this three-time light heavyweight champion.

ESPN+ will stream Kovalev-Yarde as the main event of a two-bout broadcast set to begin Saturday at 12:30 p.m. EDT/9:30 a.m. PDT. The Kovalev-Yarde card will be broadcast by BT Sport in the United Kingdom (5 p.m. BST).

A jab KO is pretty spectacular.

[QUOTE=megas30;20010408]Yarde gave away the fight with the showboating. He let Kovalev off the hook in the 9th rd.[/QUOTE] Yeah I’m sure that beat down Kovalev gave him in the first 8 rounds had nothing to do with Yarde getting put…

[QUOTE=eco1;20010520]he lost and that is that.[/QUOTE] I don't think anyone is disputing that. I think we have seen fights where fighters made bad decision that cost them. Anyways, I am looking forward to see what plays out with Canelo.