The 10 round bout will take place at the A La Carte Event Pavilion in Tampa, Florida.

Falcao (13-0 1 NC, with 6 KOs), who is the older brother of Esquiva Falcao, won a one-sided decision over Morgan Fitch on May 5 in Las Vegas. The victory over Fitch snapped a streak of four consecutive knockout wins. 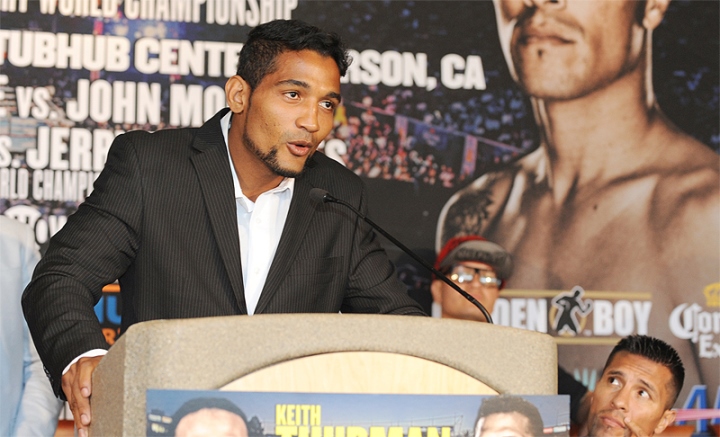 The 27-year-old Yamaguchi Falcao won a bronze medal at the 2012 Olympic Games in London and is one of Golden Boy Promotions unbeaten prospects.

Seda (27-3, with 18 KOs) stopped Sergio Gomez the second round of his last fight on March 24. The Puerto Rico fighter lost by unanimous decision to Leo Santa Cruz in 2013 and to Cesar Juarez by majority decision in 2015.

In a six round clash featuring unbeaten middleweights, Connor Coyle (5-0, with 2 KOs), who resides in Tampa, will face Joshua Maxwell (2-0, with 2 KOs).

Francisco A. Salazar has written for Boxingscene.com since September of 2012 and has covered boxing in Southern California and abroad since 2000. Francisco also covers boxing for the Ventura County (Calif.) Star newspaper, RingTV.com. He can be reached by email at [email protected] or on Twitter at FSalazarBoxing