Xavier Martinez: I Showed I Could Come Back and Win, I Didn't Fold

Mohegan Sun, CT. - In the co-main event, unbeaten contender Xavier Martinez (16-0, 11 KOs) survived two knockdowns to win a unanimous decision over Claudio Marrero (24-5, 17 KOs) in their WBA Super Featherweight Title Eliminator. After 12 rounds, all three judges scored the fight for Martinez, by scores of 115-111 and 114-112 twice.

"Not every win is going to be pretty and a knockout, but if you can pull yourself out of tough situations, it proves what type of fighter you are," said Martinez. "I knew it wasn't going to be a cakewalk. I told [trainer] Ray [Woods] I might hit this guy a couple of times and he might not drop. It's all part of the experience." 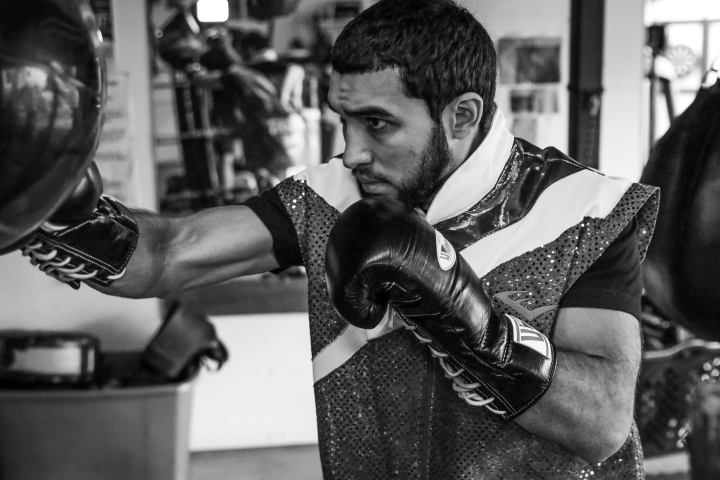 The fight featured ebbs and flows, with each man seemingly in control at different times throughout. Sacramento's Martinez flashed impressive combination punching, punctuating many attacks with a left hook that slowly closed Marrero's right eye. Representing his native Dominican Republic, Marrero actually held the statistical edge in the fight, out landing Martinez 161 to 128.

Marrero seemed to change the tide of the fight in round eight, landing a powerful right hook to the head that dropped Martinez in the first minute of the frame. Marrero followed up with a flurry finished off by a right hook that again dropped Martinez. Despite the two knockdowns, Martinez was able to survive the rest of the round and avoid the hard-charging Marrero.

"To be honest, it was weird when I got knocked down," said Martinez. "I just said, 'Let's get back up.' Losing wasn't on my mind. I just thought I have to get up. I'm not happy I went down but it's all an experience. A lot of guys wouldn't have fought Claudio. He was tough. But I rose to the occasion and I proved something to myself."

Although he was fighting past the eighth round for the first time in his career, Martinez was able to regain his momentum through the championship rounds to clinch the victory.

"I have the will to win," said Martinez. "I just didn't want to lose. I trained very hard for this fight, and I wasn't going to go out like that. I wanted to show everyone that even though I got dropped, I could come back and win it. Some young fighters will fold, but I showed that I won't. I'm proud of myself."

He dam sure didn’t make you take the proper steps because he knew your a_s was gone! The referee is on someone’s account maybe Donald Trump but he dam sure is being paid!