The World Boxing Super Series has added more name recognition to the field for its upcoming bantamweight tournament.

The WBSS announced through social media Thursday that Nonito Donaire has agreed to participate in its single-elimination, 118-pound competition. Donaire (38-5, 24 KOs) is a former WBC/WBO bantamweight champion, but the 35-year-old fighter most recently competed at featherweight, two weight classes higher.

Former featherweight champ Carl Frampton defeated Donaire by unanimous decision in that 12-round fight April 21 at SSE Arena in Belfast, Northern Ireland. Donaire, of San Leandro, California, last fought at the bantamweight limit of 118 pounds in October 2011, when he out-pointed Argentina’s Omar Narvaez in a 12-round fight for the WBC and WBO bantamweight championships in The Theater at Madison Square Garden. 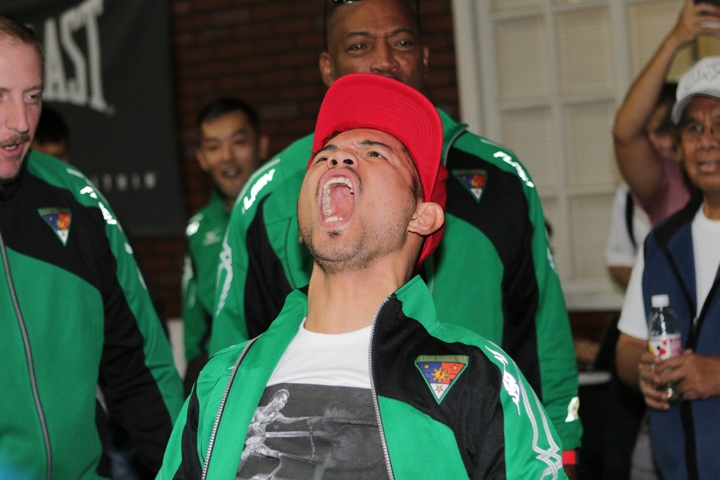 His last two appearances have come in featherweight fights.

“I’m really looking forward to the tournament,” Donaire said in a press release. “People always asked about my goal and I said to be undisputed. With this tournament, that goal is now attainable. Entering the tournament gives me an opportunity to showcase my capabilities against the best in the division. This division is stacked with talent and that’s really exciting. I believe my size, experience and most of all my power will give me the edge over my opponents.”

Nonito is a straight up G. Glad he’s in this tourney. With the right nutritionist and type of exercise he can give it one last go. Give it your all champ!!

[QUOTE=Laypipe;18916883]Yeah, he’s past his prime and sucked his last few fights, but I wouldn’t count him completely out, I think he can still put to sleep any 118-122 fighter..[/QUOTE] Naw he wont, it wasnt just his power that had him…

[QUOTE=Drama Show;18916382]inoue will knock him out in a round and then the hype will go into overdrive 'noone does that to donaire' even though he came into the ring looking like he'd just done a stint in bergen belson. and…

Hes getting punished. Just retire, you haven't been good since Rigo.

If Nonito can make 118 healthy, he will definitely be a threat...