Wilder's Trainer: When Deontay Wins, He Beat Fury at His Best

Jay Deas, the co-trainer of WBC heavyweight champion Deontay Wilder, does not want any excuses when his boxer wins on Saturday night.

Wilder will make a defense of his title in a rematch with Tyson Fury at the MGM Grand in Las Vegas.

The fight is a tie-breaker of their contest from December 2018, which ended in a controversial twelve round split draw at Staples Center in Los Angeles, California. 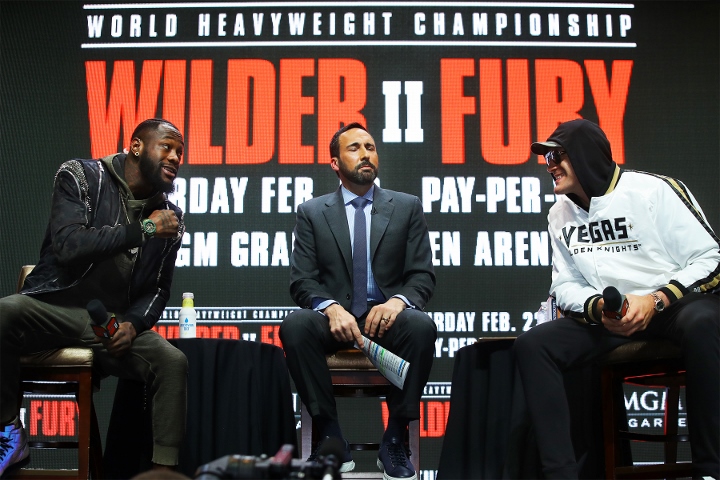 Fury has made several adjustments since the first contest - with the biggest being his corner.

Last month he officially dropped head trainer Ben Davison, and hired SugarHill Steward from the famed Krong Gym. Steward is the nephew of legendary trainer Emanuel Steward. Davison had trained Fury for his last five fights, including the Wilder rematch.

Fury claims to be in the best shape of his career and says hiring Steward was the best decision of his career. He says the switch to Davison was to get himself in proper form to secure a knockout victory.

"Sugar is a great trainer, so we are ready for the best Tyson Fury. When Deontay wins this fight, he will get the credit for beating Tyson at his absolute best. I don't want any talk about anything else. I want both guys at their best, and I think that's what we've got," Deas said.

"Its fight week, this is what is supposed to happen. This is what happens when you have the two best heavyweights in the world, both undefeated and highly motivated. I wouldn't expect anything less than this type of energy."

Not sure how we can say these two are the best heavyweights because they haven't lost yet.

Nobody knows the answer ,you only have to be the best you can for one night , Fury has yet to put everything together properly in a top level fight and he’s had the necessary nutrition program he never had…

Seems like the Fury fans on here or Wilder haters whatever the case is are trying to justify Fury's coke binge and weight issues as a built in excuse if he loses. I feel like the version of Fury that…

[QUOTE=LDBC Slayer;20401564]"Everyone" doesn't include me This is the best Fury we can get now, and that "best Fury" struggled with Otto Wallin and looked pretty bad against Pianeta. Fury hasn't beaten a top 40 opponent in his comeback So again,…

At his best I dunno, FACT : Tyson has not beaten anyone decent since 2015 His best win in 5 years is Otto Wallin. That being said, it would still be a good win and Wilder's best win. Fury proved…