Wilder and Tyson Fury will meet in a rematch of their December, 2018 fight on Saturday night at the MGM Grand Garden Arena.  The fight will headline a pay-per-view card that will be distributed by ESPN+ and FOX. 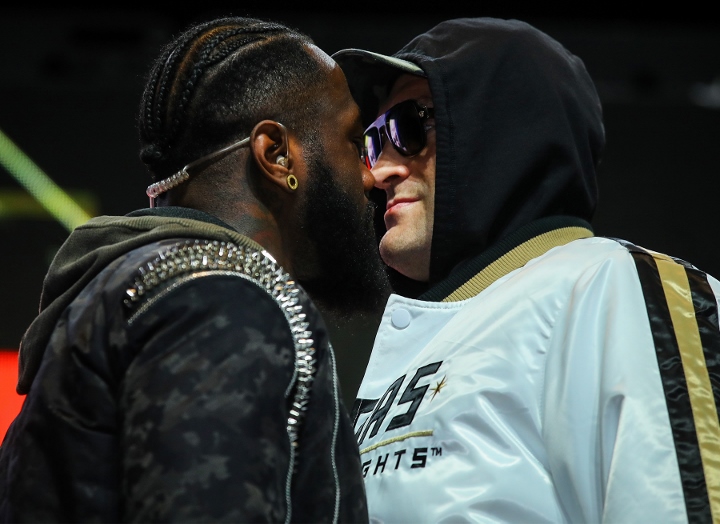 Breland believes all of that is a culmination of the bad blood between the fighters and the realization that they are just hours away from facing each other again.

"That is how they feel.  Certain fighters are a certain way but both of them right now - especially when you to get to a certain point - they just want to get at each other," Breland explained.

As for the adjustments that Wilder needs to make, Breland said that the plan is for Wilder to be more active.

"I think he needs to not stand around as much and throw more punches. I think it will be a little bit different this time around than the first one," Breland explained to BoxingScene.com.

Fury has stated on multiple occasions that he will stop Wilder in just 2 rounds. However, not only is Breland not buying Fury's prediction but he also doesn't believe that Fury will fight more aggressively as he has stated.

"I think (if he does that) he will get knocked out earlier. But I think he will come out and box. He isn't that stupid. He isn't just going to come in and walk him down," Breland stated.

As for his prediction on the fight, Breland said the fight won't go to the championship rounds.

"Wilder will win by knockout. To me it will go 7-8 rounds. If he does get aggressive then it could be a shorter night," Breland opined.

It doesn't matter what round it happen in, he will definitely need a KO win or more than two KD's this fight.

[QUOTE=BamBamMurphy;20404471]Well now you know 2 honkeys called bam bam, my profile pick is a former world champ from my home town[/QUOTE] Sometimes... you meet solid people. Like you... and the got balls... no fear... I buy them drinks,,, and they…