Wilder vs. Stiverne Rematch Ordered By WBC, Luis Ortiz is Out!

The World Boxing Council, through President Mauricio Sulaiman, has issued a ruling - according to its Clean Boxing Program protocol - to withdraw their sanction of Deontay Wilder's scheduled defense on November 4th at Barclays Center in Brooklyn, against Luis Ortiz.

The ruling was made after it was revealed last week that Ortiz failed a pre-fight drug test.

Further, it was ordered that Wilder (38-0, 37 KOs) will fight his mandatory challenger, Bermane Stiverne. 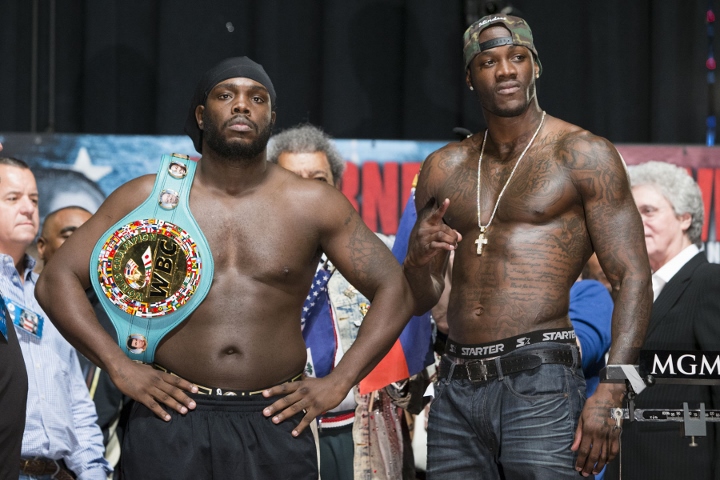 Ortiz (27-0, 23 KOs) tested positive for two banned substances that were found in his prescribed medication for high blood pressure.

The big problem, was that Ortiz never informed VADA [Voluntary Anti-Doping Association], who handle the drug testing program for the WBC, that he was taking the medication in question.

Adding to that, Ortiz had issues in the past when it came to performance enhancing drugs. He was suspended after testing positive for Nandrolone in 2014, after a first round knockout of Lateef Kayode in Las Vegas. He tested clean for six fights since that incident.

Stiverne was already scheduled to fight on the Wilder-Ortiz undercard against Dominic Breazeale, as part of the Showtime Extreme telecast. Promoter Lou DiBella will not hunt for a new opponent to face Breazeale.

Wilder dominated Stiverne back in January 2015 to capture the WBC title at the MGM Grand in Las Vegas.

Since that time period, Stiverne (25-2-1, 21 KOs) has only had a single fight and it's very odd that he landed the mandatory position earlier this year. Stiverne has been inactive since surviving an early knockdown to win a decision in November 2015 over Derric Rossy. He will enter the fight with Wilder coming off a two-year layoff.

Stiverne was scheduled to fight Alexander Povetkin last December in Russia, in a WBC final eliminator, but the contest was canceled on the morning of the fight after Povetkin failed a pre-fight drug test. Ironically, Wilder's fight with Povetkin in May 2016 was also canceled after the Russian fighter tested positive for banned substance.

what are you all yelling about? i find it cool.ok. Let me make mention here of medimarijuanaweed.com an online store for medical marijuana and accessories.I have been ordering from them and i can say here that they retail authentic stuff.y'all…

[QUOTE=uppercut510;18114506]he tried to fight klitz and was ignored and told he needed to fight someone. im trying to figure out who are all these A level elite fighters wilder has been ducking as every decent heavyweight is just now establishing…

[QUOTE=sammybee;18112110]Wilder vs Stiverne 2 fight won't be different from their first fight.[/QUOTE] Yes it will, Wilder likely won't break his hand in round 4 and will likely stop Bermaine this time instead of dec. [QUOTE=Eff Pandas;18112134]Not surprising. Not sure why…

[QUOTE=McNulty;18114897]Kid, it shows he's not using it to mask because VADA does blood & urine namsaying?[/QUOTE] So the National Institutes of Health, staffed by medical doctors, says its used to hide doping, but you say it's not? I'll go with…